Luis Enrique resigned as national coach in June "due to the reasons which had prevented me from fulfilling my duties as normal since last March" he said at the time. 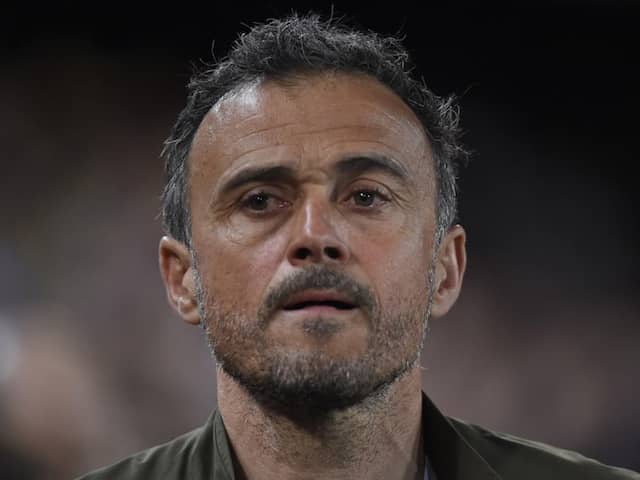 Luis Enrique thanked all the messages of support "received during these months".© AFP

Former Spain coach Luis Enrique announced the death of his nine-year-old daughter from bone cancer on Thursday. "Our daughter Xana passed away this afternoon at nine years old, after fighting for five intense months against osteosarcoma," Luis Enrique tweeted. "We will miss you enormously but we will remember you every day of our lives," he added. Luis Enrique resigned as national coach in June "due to the reasons which had prevented me from fulfilling my duties as normal since last March" he said at the time. His personal issue was never made public, until now.

Assistant Robert Moreno has been in charge for Spain's last three matches and will now lead the team through Euro 2020 qualifying and the final tournament, in what is his first job as a professional coach.

In his poignant Twitter post, Luis Enrique thanked all the messages of support "received during these months".

Prominent figures in football were quick to send Enrique their condolences, with his former Spain captain Sergio Ramos posting on Twitter: "All our support and love for you and your family. There are no words, but you always have us by your side."

The president of the Spanish football federation Luis Rubiales sent a message to his former coach: "Always by your side, next to (Enrique's wife) Elena and your whole family."

La Liga giants Barcelona and Real Madrid also posted their condolences on social media, while the reaction to the sad news crossed into other sports.

"I just learned the terrible news of Xana's death. I am very sad and can't even imagine the pain of the family," wrote tennis player Rafael Nadal, who is currently at the US Open in New York.

"A huge hug to Luis Enrique and the whole family from a distance. A lot of strength and encouragement in these hard times."