Oxlade-Chamberlain is currently on England duty and is expected to undergo a medical at St George's Park on Wednesday evening before signing a reported six-year contract with Liverpool. 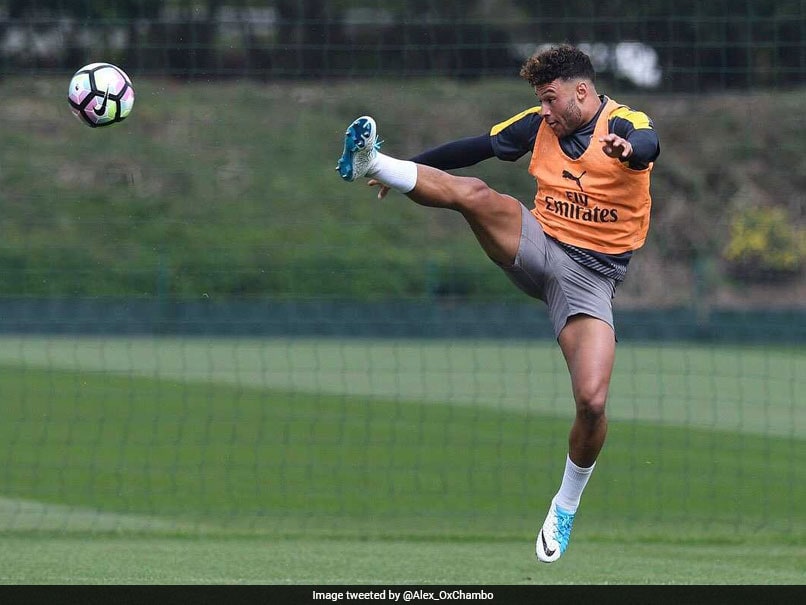 It is believed Liverpool was always Oxlade-Chamberlain's preferred destination.© Twitter

Liverpool have agreed a £35 million ($46 million, 38 million euros) deal with Arsenal to sign England midfielder Alex Oxlade-Chamberlain, according to reports on Wednesday. Oxlade-Chamberlain appeared set to join Chelsea earlier this week after the Premier League champions had a bid accepted for the 24-year-old. But Liverpool appear to have won the race for Oxlade-Chamberlain's signature ahead of Thursday's deadline. It is believed Liverpool was always Oxlade-Chamberlain's preferred destination and he never entered into contract talks with the Blues while he waited to see if Jurgen Klopp's side would make an acceptable offer.

Oxlade-Chamberlain is currently on England duty and is expected to undergo a medical at St George's Park on Wednesday evening before signing a reported six-year contract with Liverpool.

Arsenal manager Arsene Wenger opted to sell Oxlade-Chamberlain because the former Southampton player would have been out of contract and eligible to leave on a free transfer at the end of the season.

Oxlade-Chamberlain may not be the last Arsenal star to leave this week as Chile forward Alexis Sanchez is wanted by Manchester City.

Kieran Gibbs had already been sold by the Gunners to West Bromwich Albion earlier on Wednesday.

Liverpool are also trying to conclude a club-record deal for Monaco midfielder Thomas Lemar before the transfer window closes.

The Ligue 1 side are reluctant to sell, but their purchase of Lazio winger Keita Balde on Tuesday raised Liverpool's hopes that they may be willing to sanction his departure.

It would likely take a fee in excess of £70 million to land the highly-rated 21-year-old.

Southampton's Virgil van Dijk is another Liverpool target and Klopp is waiting to see if Saints decide to cut their losses on a defender who has yet to play for them this season after insisting he wants to leave.

Comments
Topics mentioned in this article
Arsenal Liverpool Chelsea Alex Oxlade-Chamberlain Football
Get the latest updates on SA vs IND 2021-22, check out the Schedule and Live Score . Like us on Facebook or follow us on Twitter for more sports updates. You can also download the NDTV Cricket app for Android or iOS.