Lionel Messi was sent off for Barcelona for the first time in Sunday's 3-2 extra-time defeat to Athletic Bilbao in the Spanish Super Cup final. 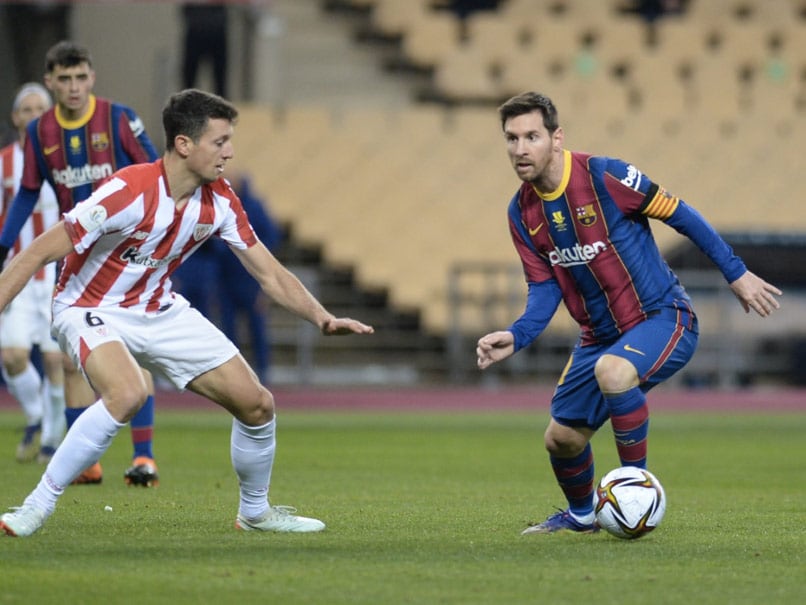 Lionel Messi was banned for two matches on Tuesday following his first ever sending off for Barcelona. The Argentine forward was shown a red card at the end of Sunday's 3-2 extra-time defeat to Athletic Bilbao in the Spanish Super Cup final after lashing out at Asier Villalibre. Messi had twice been sent off playing for Argentina, including at the 2019 Copa America, but never in 16 years and 753 matches with Barcelona's first team. The six time Ballon d'Or winner's ban was announced by the Spanish Football Federation with Barca later revealing their intention to appeal the sanction on their star player.

Messi shook off a thigh problem to start in Seville and was required to play all 120 minutes as Barca attempted to take the game to penalties.

Instead, the 33-year-old lost his temper at the end of a combative contest, reacting to a late challenge from Villalibre by swiping his hands across the back of his opponent.

Messi was red-carded 15 years ago for Barca but it was with the reserves in a third division match, according to Spanish statistician Alexis Martin-Tamayo.

Messi would miss games against third-tier Cornella away in the Copa del Rey on Thursday and Elche on Sunday in La Liga.

Athletic Bilbao Football
Get the latest updates on Fifa Worldcup 2022 and check out  Fifa World Cup Schedule, Stats and Live Cricket Score. Like us on Facebook or follow us on Twitter for more sports updates. You can also download the NDTV Cricket app for Android or iOS.