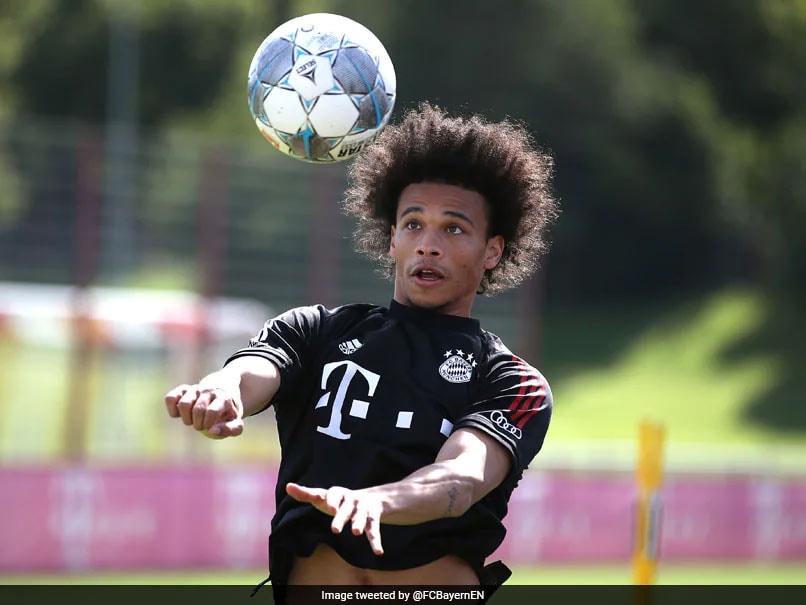 Bayern Munich are facing the possibility of not being able to field a team for Friday's Bundesliga encounter with Borussia Moenchengladbach after Leroy Sane and Dayot Upamecano joined the long list of players hit by Covid-19 on Tuesday. "Both players are well and are self-isolating," Bayern said in a statement. The two were tested on Monday with young defender Josip Stanisic who tested negative and was permitted to join group training. It takes to eight the number of Bayern players who have now been sidelined by Covid.

In December, the Bavarians said they would be without Germany midfielder Joshua Kimmich for up to four weeks after he contracted the virus.

Kimmich sparked a heated debate in October when he revealed he had declined a vaccine against Covid due to "personal concerns" but last month said he was happy to receive a jab.

Bayern are also without striker Eric Maxim Choupo-Moting and defender Bouna Sarr, who are both involved in the Africa Cup of Nations.

The German Football League (DFL) only allows postponements of matches for medical reasons if a team cannot name at least 15 players on the team sheet, which is still not the case with Bayern.

Bayern, who are nine points clear of Dortmund at the top of the Bundesliga, restart their league campaign on Friday by hosting Moenchengladbach, which will be played behind closed doors due to the pandemic.

Eric Maxim Choupo-Moting Joshua Kimmich Football
Get the latest updates on IPL Auction 2023 and check out  IPL 2023 and Live Cricket Score. Like us on Facebook or follow us on Twitter for more sports updates. You can also download the NDTV Cricket app for Android or iOS.