Lazio is determined that Serie A will resume despite the coronavirus pandemic. 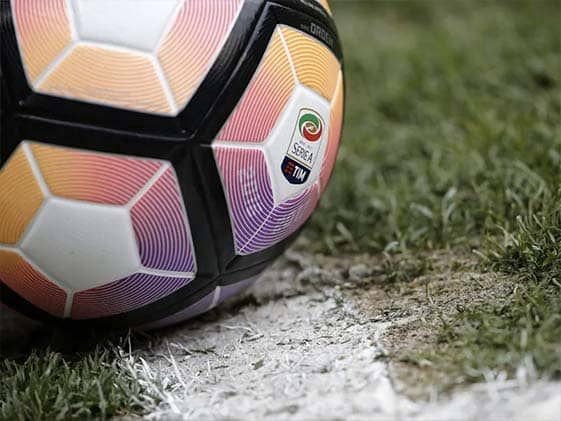 Lazio was at the second spot in Serie A before the league came to a halt.© AFP

Italy's sports minister has cast doubt on the resumption of Serie A leaving title-chasing Lazio fearing that history could repeat itself and deny them the Scudetto for the second time. But with its president Claudio Lotito as the main driving force, the Roman club is determined that the Italian football league will resume despite the pandemic of the new coronavirus. At stake, a Scudetto that Lazio sees as being at their fingertips and the fear of reliving a nightmare going back 105 years.

Lazio missed out on the title the only previous time that football was suspended in Italy after the country's entry into the First World War in May 1915.

Genoa was controversially awarded the title. Lazio still claims it should have been shared.

This season Lazio was second in Serie A, just one point behind Juventus when the championship was suspended on March 10.

The club is chasing a third league crown in their 120-year history after 2000 and 1974, the latter a season which had been threatened by a cholera epidemic.

No wonder Lazio is hell-bent on resuming this season's championship despite the coronavirus crisis which has killed over 27,000 in Italy.

Lotito insists it's in the interests of football, to avoid "the irreparable damage" and risk of bankruptcy to clubs in all leagues.

"If we stop, it suits me. I'm in the Champions League and I'm saving four months' salary," the 62-year-old said ahead of Friday's Lega Serie A emergency general assembly where the fate of the championship could be decided.

Simone Inzaghi's side had been on an unbeaten run in the league going back to last September.

They beat Juventus twice in December by a 3-1 scoreline, including the Italian Super Cup final.

Whether the season resumes or not, the Romans are almost certain to go to the Champions League.

But they had hoped for more -- the coveted title and to stand in the way of Juventus winning a ninth straight title.

Inter Milan are third, eight points behind Lazio with Bergamo side Atalanta 14 points adrift, with both teams having played a game less.

Businessman Lotito, who owns two cleaning companies employed by Roman hospitals where patients of Covid-19 are treated, also stressed "the immense social importance of football", adding that "the history of the Romans "was made of bread and games".

When he is not lobbying in favour of a return to the pitch his closest collaborators are club spokesperson Arturo Diaconale and sports director Igli Tare.

"We must respect the dead and the fans but even if we are living in a horror film, the championship must resume. Cancelling the season would be unfair," insisted Tare.

Diaconale hit out at "the hypocrisy of those who want to block the recovery," while recalling the "old fear", the trauma of the 1915 Scudetto.

Lotito however remains in favour of a play-off with Juventus should the season be stopped.

The club's Serie A top scorer Ciro Immobile said players felt frustrated and "discriminated against" by not being allowed to train while individual athletes could.

"I don't want to get back out there because Lazio are second in the table and I'm the top scorer, but because I miss doing what I love and my job," said Immobile.

"I am not trying to stir up trouble, I just ask for some clarity as a citizen of Italy. We just want to get back to doing our jobs."