La Liga: Yannick Carrasco's blistering strike set Atletico Madrid on the way to a 3-0 victory over Real Betis in La Liga on Sunday, keeping the reigning champions within two points of the leaders. 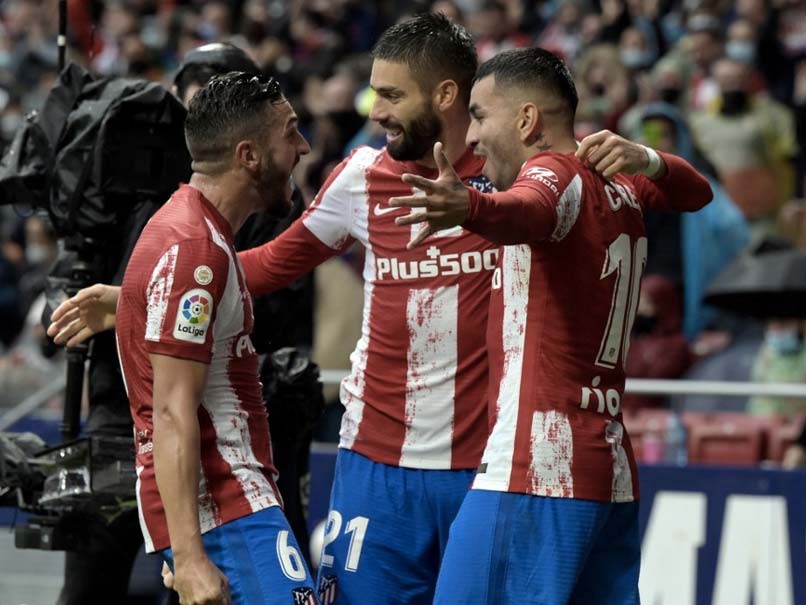 Yannick Carrasco's blistering strike set Atletico Madrid on the way to a 3-0 victory over Real Betis in La Liga on Sunday, keeping the reigning champions within two points of the leaders. Belgium's Carrasco hammered in the opening goal at the Wanda Metropolitano on 26 minutes before Betis defender German Pezzella bizarrely headed a corner into his own net in the second half. Joao Felix came off the bench to wrap up just a second win in five outings for Atletico, who moved above Betis and stayed in touch with Real Madrid, Sevilla and Real Sociedad, all level on 24 points.

Real Sociedad, who have lost only one of their opening 11 games, host Basque rivals Athletic Bilbao later on Sunday.

Carrasco made the breakthrough, collecting a pass from Angel Correa and twisting past Martin Montoya before rifling the ball into the roof of the net.

Mario Hermoso saw his header ruled out for offside after half-time in torrential rain, with Stefan Savic nodding straight at Bravo who then saved well from Luis Suarez.

But from the resulting corner Pezzella gifted Atletico a second goal when he badly miscued his attempted clearance.

Betis had won their last three league matches and a victory would move them level at the top, but instead Atletico began a key few days that includes a trip to Liverpool on Wednesday with an assured display.

Felix raced onto a through ball in the final 10 minutes to seal the points and the goal was upheld upon review after initially being disallowed for offside.

Atletico Madrid Yannick Carrasco Football
Get the latest updates on SA vs IND 2021-22, check out the Schedule and Live Score . Like us on Facebook or follow us on Twitter for more sports updates. You can also download the NDTV Cricket app for Android or iOS.