According to Spain's local media, Real Madrid will miss Eden Hazard for at least two weeks. 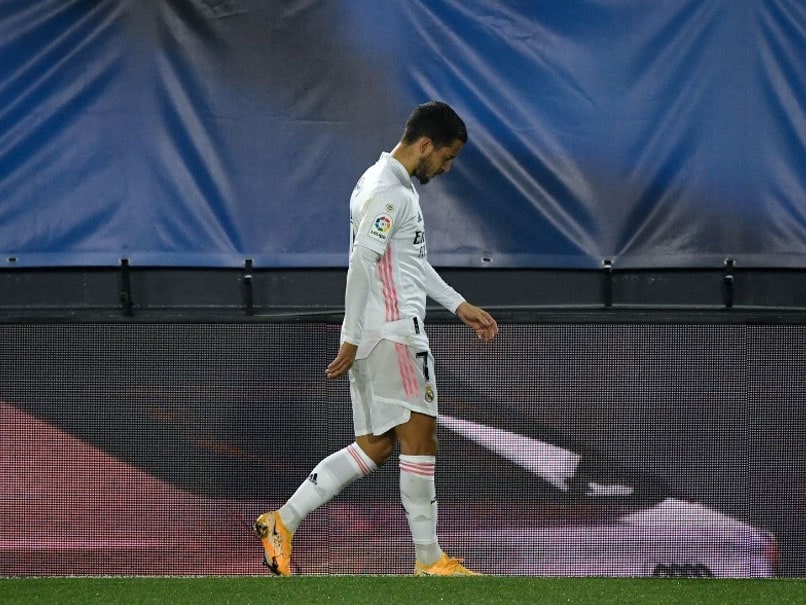 Real Madrid attacker Eden Hazard faces another spell on the sidelines after the club confirmed Monday he sustained an injury to his right thigh in the weekend loss to Alaves. The Belgium international was substituted after just 28 minutes of Saturday's 2-1 home loss to Alaves, as Real were beaten for the third time in La Liga this season. The club said in a statement that Hazard had been diagnosed with an injury to his right quadriceps and that his "recovery will continue to be assessed".

Real did not provide a timeline for Hazard's return, but local media reported he could be ruled out for at least two weeks.

Hazard appeared to be caught by an Alaves defender as he dribbled the ball in the area after his shot was saved, and was pictured grimacing moments later with his hands on his knees.

Real coach Zinedine Zidane had initially suggested it was just a "simple knock" based on the feedback at the time from Hazard.

He missed the start of this season due to injury and then tested positive for coronavirus on November 7.

Real face Shakhtar Donetsk in Ukraine in the Champions League on Tuesday knowing victory will clinch a place in the last 16 of the competition.

Real Madrid Eden Hazard Football
Get the latest updates on IPL Auction 2023 and check out  IPL 2023 and Live Cricket Score. Like us on Facebook or follow us on Twitter for more sports updates. You can also download the NDTV Cricket app for Android or iOS.