La Liga: Barcelona begin life without Ronald Koeman against Deportivo Alaves on Saturday as they look to close the gap on La Liga's top four and restore confidence ahead of a Champions League trip to Dynamo Kiev. 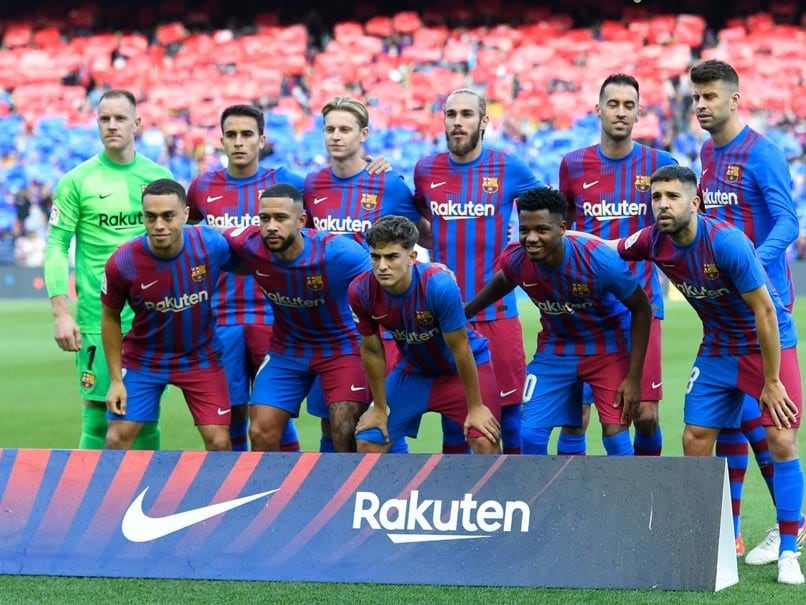 Barcelona begin life without Ronald Koeman against Deportivo Alaves on Saturday as they look to close the gap on La Liga's top four and restore confidence ahead of a Champions League trip to Dynamo Kiev. Barca B coach, Sergi Barjuan, will be in charge at Camp Nou after Koeman's sacking was confirmed on Wednesday night following a 1-0 defeat by Rayo Vallecano at Vallecas. Xavi Hernandez is reportedly close to being appointed as Koeman's replacement but the return of the club's legendary midfielder is not expected to come before the weekend. There should be a buzz of excitement nonetheless, with the prospect of Xavi coming back to the club he joined as an 11-year-old and left in 2015 enough to stir the players and fans.

Barjuan oversaw training on Thursday afternoon, when Barcelona president Joan Laporta also addressed the squad, explaining the decision to dimiss Koeman and emphasising the onus is now on them to spark a revival.

"We're all in the same boat here," Sergio Busquets said on Wednesday night. "It's everyone's fault. For good and bad, we're a team and we have to show it on the pitch."

Two wins in seven league games have left Barca languishing in ninth, six points adrift of Real Betis in fourth. The increasingly real possibility of failing to qualify for next season's Champions League was likely a key factor in Koeman's removal.

Finishing in the top four will be the top priority for Koeman's replacement but the other immediate objective will be to reach the Champions League knock-out stage this season, after consecutive 3-0 losses to Bayern Munich and Benfica left the team on the brink of an early exit.

Beating Dynamo 1-0 last week has given Barca hope but they will need another victory in Kiev on Tuesday against the bottom team in Group B to have any realistic chance of overhauling Benfica.

Frenkie de Jong, Ronald Araujo and Pedri are all doubtful to face Alaves, who have enjoyed an upturn in form after two consecutive wins over Cadiz and Elche. Ansu Fati could return after missing the defeat by Rayo, with Sergio Aguero set to continue up front.

Real Madrid's goalless draw at home to Osasuna on Wednesday was overshadowed by Koeman's exit but Carlo Ancelotti's team missed the chance to go two points clear at the top of the table.

"You might think I'm crazy but I liked the way we played," said Ancelotti after being held by Osasuna.

"The first half, not so much, but in the second half, much better. I have nothing to criticise my players for."

Instead, Madrid are three points behind Real Sociedad, who have lost only one of their opening 11 games. They host Basque rivals Athletic Club on Sunday.

Sevilla and Betis in third and fourth face each other next weekend in a much-anticipated Seville derby that for once should have a bearing on the top of the table.

Before then, Sevilla are at home to Osasuna while Betis play away at Atletico Madrid, who are five points off the top after being held to a 2-2 draw on Thursday by Levante. Atleti face Liverpool at Anfield in the Champions League on Wednesday.

Xavi Football
Get the latest updates on IPL Auction 2023 and check out  IPL 2023 and Live Cricket Score. Like us on Facebook or follow us on Twitter for more sports updates. You can also download the NDTV Cricket app for Android or iOS.