"Kieran Trippier has been charged with misconduct in relation to alleged breaches of the FA's betting rules", the FA said in a statement outlining their regulations. 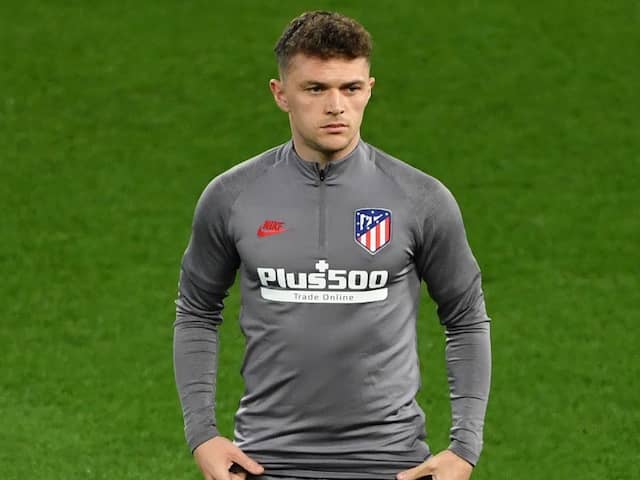 Kieran Trippier has been given until May 18 to respond.© AFP

England international Kieran Trippier has been charged by the English Football Association over allegedly breaching betting rules in July 2019, the month he moved from Tottenham to Atletico Madrid. The 29-year-old was a star of England's run to the World Cup semi-finals in 2018 and helped Spurs to the Champions League final last season before a reported 20 million-pound move to Spain.

Trippier has been given until May 18 to respond.

"Kieran Trippier has been charged with misconduct in relation to alleged breaches of the FA's betting rules", the FA said in a statement outlining their regulations.

The statement said: "A participant shall not bet, either directly or indirectly, or instruct, permit, cause or enable any person to bet on - (i) the result, progress, conduct or any other aspect of, or occurrence in or in connection with, a football match or competition; or (ii) any other matter concerning or related to football anywhere in the world, including, for example and without limitation, the transfer of players, employment of managers, team selection or disciplinary matters."

The defender released a statement saying he would continue to fully cooperate with the investigation.

"I have fully complied with the FA's investigation over the past several months on a voluntary basis and will continue to do so," he said.

"I want to make it clear that while a professional footballer, I have at no stage placed any football-related bets or received any financial benefit from others betting."

Atletico said Trippier would be exonerated.

"The player has informed us he is calm because he has done nothing wrong," said a club source. "It seems ridiculous to him that someone would try to link him to something like this.

"He will collaborate with everything to clear it up as soon as possible. He is sure that in time things will become clear."

Trippier could face a lengthy ban if found guilty.

In March, former Liverpool striker Daniel Sturridge was handed a worldwide four-month ban from all football-related activity for passing on inside information on potential transfer moves in January 2018.

Atletico Madrid Kieran Trippier Football
Get the latest updates on IPL 2020, check out the IPL Schedule for 2020 and Indian Premier League (IPL) Cricket live score . Like us on Facebook or follow us on Twitter for more sports updates. You can also download the NDTV Cricket app for Android or iOS.