Goalkeeper Keylor Navas has joined Paris Saint-Germain in a transfer deadline day deal from Real Madrid with the French international Alphonse Areola moving in the opposite direction. 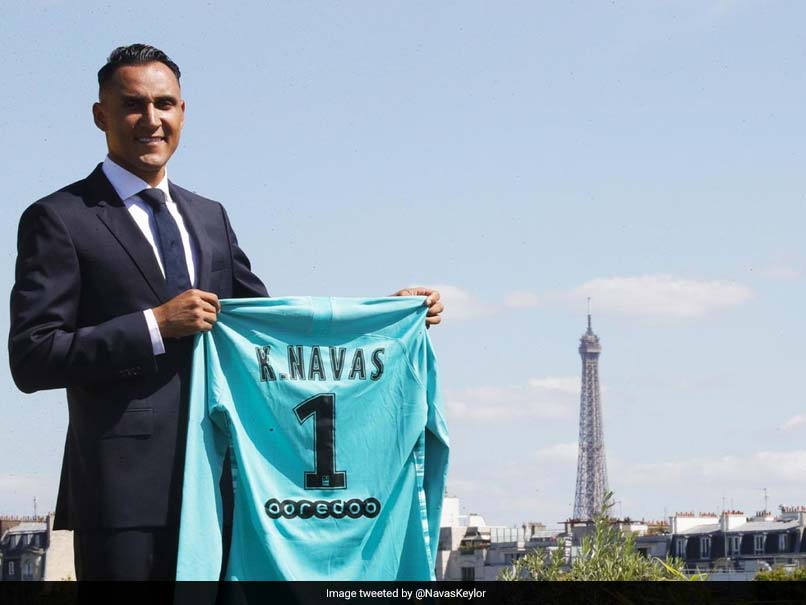 Goalkeeper Keylor Navas has joined Paris Saint-Germain in a transfer deadline day deal from Real Madrid with the French international Alphonse Areola moving in the opposite direction. Navas, a 32-year-old Costa Rican played 104 times at Madrid winning the Champions League three times, and represents a safe pair of hands as first choice for PSG in their quest for European glory.

He has joined PSG on a four year deal and while no fee has been confirmed the Spanish press say it was 15 million euros (USD 16.5 million).

Navas was voted best 'keeper in the Champions League in 2018, when he also won UEFA's goalkeeper of the year award.

In their bid for European glory PSG have tried several goalkeepers in recent seasons with German Kevin Trapp and Italians Salvatore Sirigu and Gianluigi Buffon, at 40, all falling short.

Navas told the PSG website he was relishing the challenge as gatekeeper for PSG's European quest.

"After my Spanish experience, I arrive in France with big ambitions. Paris Saint-Germain is a prestigious club in Latin America and I'm delighted to join a club with such ambitions," he said.

The 26-year-old Areola joins Madrid on loan with a purchase option and will likely be backup to Belgian stopper Thibaut Courtois.