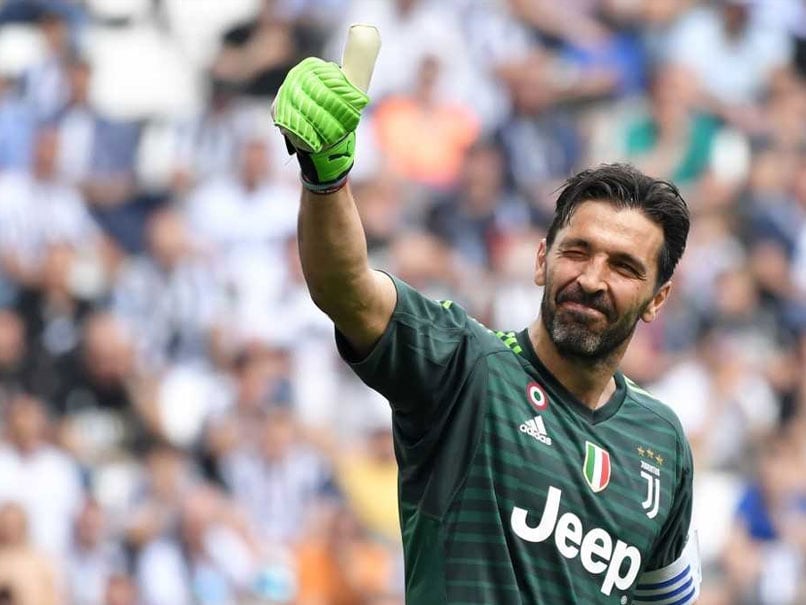 Gianluigi Buffon has returned to Juventus on a one-year contract.© AFP

Ex-Italy goalkeeper Gianluigi Buffon has returned to Juventus on a one-year contract after a season spent at Paris Saint-Germain. The 41-year-old, who will be number two to Polish 'keeper Wojciech Szczesny, previously spent 17 season with the Turin club, winning nine Serie A titles and playing three Champions League finals. "Welcome home, Gigi!" Juve said in a statement.

"It was 19 May 2018. That was the day when there were tears in everyone's eyes: when Gigi said goodbye to Juventus, its fans and vice-versa. It was the bidding of a farewell to someone who was more than just a captain, but a legend and a symbol of the club.

"Probably each of us hoped, and in the end, knew that the yarn that united us for so many years was not destined to break. And that was the case."

The veteran goalkeeper, who won the World Cup in 2006 and is Italy's most-capped player with 176 appearances, joined PSG last summer and played 25 times in all competitions, winning the Ligue 1 title and the curtain raiser Champions Trophy.

Last season's league title was the 10th of Buffon's career, adding to a bulging trophy cabinet that contains just about every honour in football.

However the Champions League has eluded him despite him spending the bulk of his career at Juve, one of Europe's biggest clubs, and it was hoped that he might break his duck with the Qatari-funded Parisians.

However despite winning the league at a canter, the past season was a poor one for both Buffon and a team with lofty ambitions on the European stage.

They missed out on both domestic cup competitions and most importantly were dumped out of the Champions League by Manchester United in embarrassing style, blowing a 2-0 first-leg lead to go out on away goals following a controversial last-gasp penalty.

Buffon made a crucial error that helped United achieve their remarkable comeback, spilling Marcus Rashford's weak shot into the path of Romelu Lukaku to allow the Belgian to score the away side's second and set up a dramatic finish.

Juventus Gianluigi Buffon Football
Get the latest updates on Fifa Worldcup 2022 and check out  Fifa World Cup Schedule, Stats and Live Cricket Score. Like us on Facebook or follow us on Twitter for more sports updates. You can also download the NDTV Cricket app for Android or iOS.