Neymar To Stay At PSG: Reports

Neymar has not featured at all for his current club this season amid the uncertainty surrounding his future. 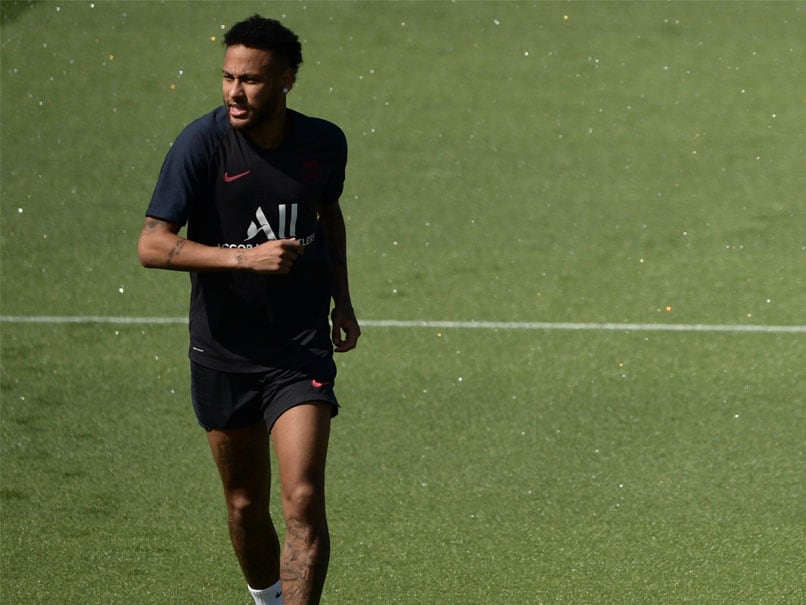 Neymar is to stay at Paris Saint-Germain after seeing his desire to transfer back to Barcelona fail, according to press reports on Sunday. "Se queda," Spanish for he's staying, read the L'Equipe headline on its front page with a photo of the Brazilian. "Faces with the impossiblity of completing his transfer to Barcelona, Neymar had informed his entourage he has decided to end the season at PSG," the daily said. Spanish sports newspaper Mundo Deportivo carried similar news, which comes just ahead of the transfer market deadlines in France and Spain on Monday.

"Neymar's entourage admit it: it's finished," it said.

Neymar, 27, became the world's most expensive player when PSG paid 222 million euros (USD 264 million at the time) for his transfer from Barcelona two years ago.

A scorer of 51 goals in 58 appearances in his two seasons in the French capital, Neymar has not featured at all for his current club this season amid the uncertainty surrounding his future.

He trained with PSG on Thursday, but coach Thomas Tuchel omitted him from the team that beat Metz 2-0 in Ligue 1 action on Friday.

Efforts to negotiate a suitably lucrative transfer back to Barcelona have seemingly floundered, with PSG sporting director Leonardo saying on Friday there was "no agreement. It depends on Barcelona".

Barcelona Football Neymar
Get the latest updates on IND vs NZ 2021, check out the Schedule and Live Score . Like us on Facebook or follow us on Twitter for more sports updates. You can also download the NDTV Cricket app for Android or iOS.