Karim Benzema has been charged with conspiracy to blackmail relating to an extortion scam over a sex tape featuring Mathieu Valbuena. 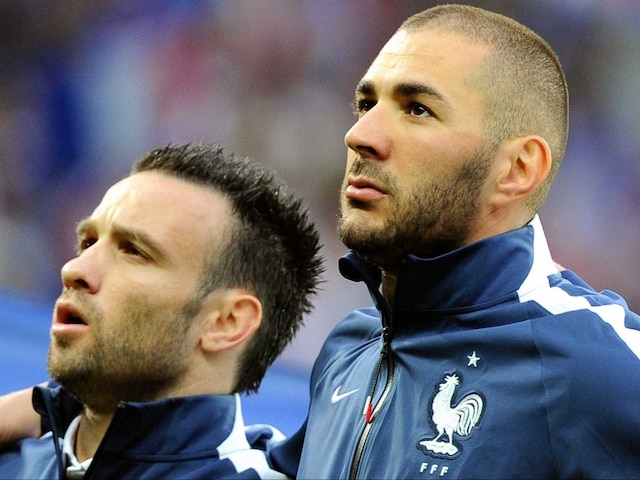 Karim Benzema Benzema, who is suspected of having pressured Mathieu Valbuena to deal with the blackmailers, has denied any wrongdoing.© AFP
Paris:

Benzema, who has been charged with conspiracy to blackmail relating to an extortion scam over a sex tape featuring Valbuena, has no right to meet him during the investigation after he was placed under judicial supervision. (Karim Benzema Pleads 'Misunderstanding' in Sextape Blackmail Case)

The investigating judge has one month to consider his lawyers' request.

French federation president Noel Le Graet is expected to address the case on Thursday at a press conference.

Benzema, who is suspected of having pressured Valbuena to deal with the blackmailers, denies any wrongdoing.

Comments
Topics mentioned in this article
Real Madrid Karim Benzema Mathieu Valbuena Football
Get the latest Cricket news, check out the India cricket schedule, Cricket live score . Like us on Facebook or follow us on Twitter for more sports updates. You can also download the NDTV Cricket app for Android or iOS.