Karim Benzema was not allowed to come into contact with his international teammate Mathieu Valbuena after the Real Madrid striker was placed under formal investigation over his alleged involvement in a sextape blackmail case. 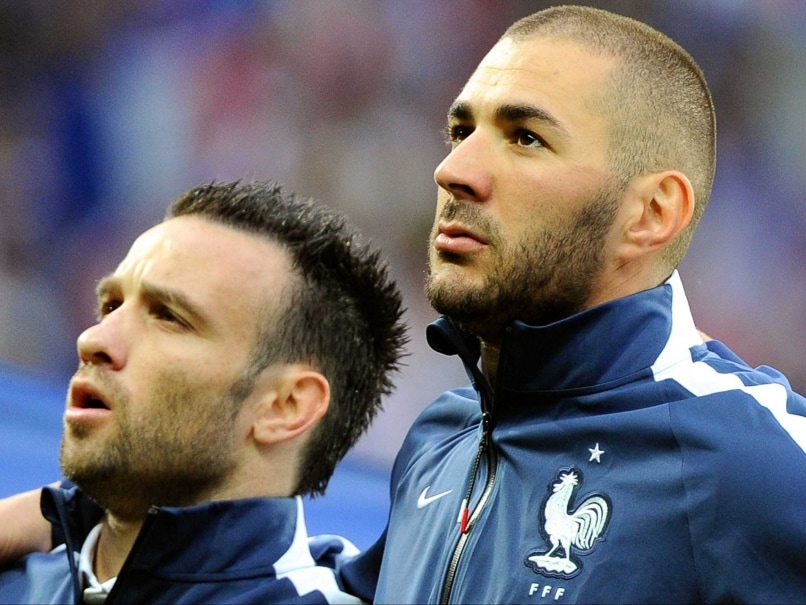 Karim Benzema will be allowed to be involved in the same national squad as Mathieu Valbuena, if the two are selected for Euro 2016 that France is hosting.© AFP
Paris:

France and Real Madrid striker Karim Benzema is free to play in Euro 2016 after legal restrictions placed on him over his alleged involvement in a sextape blackmail case were lifted on Friday, his lawyers said. (Benzema Edges Closer to France Return After Legal Ruling)

Under the restrictions, Benzema was not allowed to come into contact with his international teammate Mathieu Valbuena who was the target of the blackmail attempt. (Benzema Scores As Real Madrid Draw vs Real Betis)

But an appeals court upheld an investigating magistrate's decision to lift the restrictions, allowing Benzema to be involved in the same national squad as Valbuena, if the two are selected for the tournament that France is hosting.

"Now the decision (of Benzema's potential involvement in Euro 2016) is no longer ours," he added.

France coach Didier Deschamps suspended 28-year-old Benzema from the national team after he was placed under formal investigation over the affair in November.

Comments
Topics mentioned in this article
Real Madrid France Karim Benzema Mathieu Valbuena Football
Get the latest updates on ICC T20 Worldcup 2022 and CWG 2022 check out the Schedule, Live Score and Medals Tally. Like us on Facebook or follow us on Twitter for more sports updates. You can also download the NDTV Cricket app for Android or iOS.