Jurgen Klopp Feels Divock Origi Must Not Get Carried Away

Divock Origi scored three times as Liverpool came from behind to demolish Southampton 6-1 on Wednesday, taking them into the League Cup semi-finals, but Jurgen Klopp said that he was still some way from the finished article. 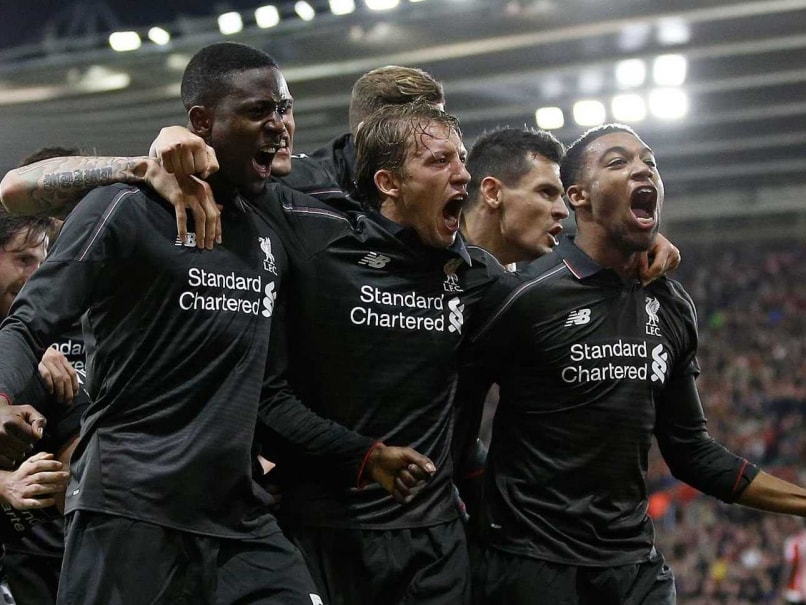 Liverpool manager Jurgen Klopp attempted to keep Divock Origi's feet on the ground after the Belgium international opened his account for the club with a hat-trick at Southampton.

Origi, 20, had not scored in 10 previous appearances since joining up with Liverpool in the close season following his 2014 transfer from French side Lille, where he spent last season on loan.

He scored three times as Liverpool came from behind to demolish Southampton 6-1 on Wednesday, taking them into the League Cup semi-finals, but Klopp said that he was still some way from the finished article.

"It was really good from him, but he's still young and has to learn," said Klopp, whose side will play Stoke City over two legs in the last four.

"He has to be patient, that's the truth. In 10, 15 years, when he looks back on his career, he'll have no idea about the games he didn't make (play) in this moment. He can take the time to train."

Origi's display eclipsed that of his strike partner Daniel Sturridge, who marked his first start under Klopp with a brace that sparked the game's turnaround after Sadio Mane's first-minute header for Southampton.

Sturridge applied smooth finishes to fine passes from midfielders Joe Allen and Emre Can in the 25th and 29th minutes, leaving him with a return of four goals from five appearances this term.

The England forward had not started a game since October 4 due to knee and foot problems, prompting Klopp to suggest he might be too sensitive to pain, but the German was thrilled to see him in full flow for the first time.

"I said to him after the game: 'Now I know what everybody's talking about,'" Klopp said.

After Origi had put Liverpool 3-1 up by applying a glancing touch to Alberto Moreno's low drive on the brink of half-time, Southampton coach Ronald Koeman switched to a three-man defence.

Briefly, Southampton obtained a foothold, only for the visitors to strike three times in the final 22 minutes as Origi completed his hat-trick either side of a low drive from substitute Jordon Ibe.

It was Southampton's heaviest home defeat since a 6-0 loss to Brentford in March 1959 and Koeman suggested that he would review his tactics ahead of Saturday's meeting with the Premier League's bottom club Aston Villa.

"We know we can play good football," said the Dutchman, whose side have lost their last three games in all competitions.

"We can create, we can score, but the balance at the moment between attacking, defending is really poor. That's my responsibility.

"I don't like that because I'm a manager who likes to go forward, but we will speak about that tomorrow morning with the players, about what's the best to do to prepare ourselves for Saturday."

Comments
Topics mentioned in this article
Liverpool Divock Origi Football
Get the latest updates on IND vs NZ 2021, check out the Schedule and Live Score . Like us on Facebook or follow us on Twitter for more sports updates. You can also download the NDTV Cricket app for Android or iOS.