Twice a Champions League winner with Porto and Inter Milan, Manchester United manager Jose Mourinho is usually launching his latest bid for Europe's top prize at this time of year. 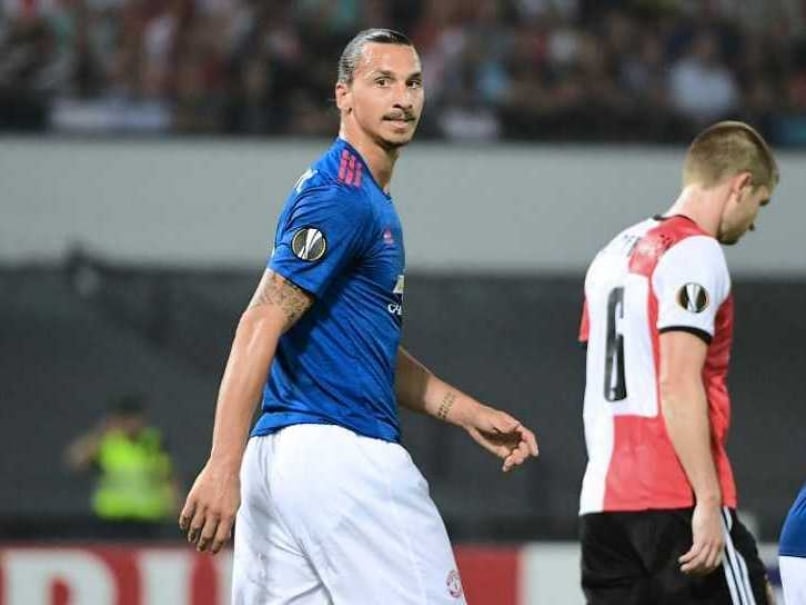 Jose Mourinho's reluctant return to the Europa League ended in embarrassment as Tonny Vilhena fired Feyenoord to a 1-0 win over Manchester United in their Group A opener on Thursday.

For a man with a keen eye on his position in the football hierarchy, competing in the Europa League for the first time in 13 years was an unappetising prospect for Mourinho and his players seemed equally uninspired as a much-changed United line-up succumbed to Vilhena's late strike at De Kuip.

It was United's second consecutive defeat after Saturday's painful loss to bitter rivals Manchester City in the Premier League and Mourinho will hope his decision to make eight changes against Feyenoord is rewarded with victory when they return to domestic action at Watford on Sunday.

"Some of the players were playing their first minutes of the season. Obviously some played better than others," Mourinho said.

"I don't want to personalise it. I cannot judge them only on one game.

"We were pushing and Feyenoord capitalised because it is exactly at that moment where we lose the game. We were double unlucky because it's a clear offside."

Twice a Champions League winner with Porto and Inter Milan, Mourinho is usually launching his latest bid for Europe's top prize at this time of year.

With Wayne Rooney rested and only David de Gea, Paul Pogba and Eric Bailly retained from the side beaten by City, it was little surprise to see United deliver a disjointed performance.

Giovanni van Bronckhorst's team had swept to the top of the Dutch league with five successive victories and they started brightly as Steven Berghuis and Vilhena brought de Gea into action with long-range efforts.

Careless with their passing and lacking a cutting edge up front, United -- also reluctantly in the Europa League group stages for the first time -- were unconvincing for long periods.

Even so, they still carved out the best chance of the first half when Matteo Darmian's cross picked out Anthony Martial, who should have done better than fire wide from the edge of the penalty area.

Not for the first time since his world-record move to United, France midfielder Pogba was a subdued figure and he shot tamely over early in the second half.

With teenage striker Marcus Rashford hauled off after failing to make the most of his first start of the season, Mourinho used all three of his substitutes in the 63rd minute as Zlatan Ibrahimovic, Memphis Depay and Ashley Young came on.

But United were no more energised and they paid for their lethargic display in the 79th minute.

Exposed down the right flank by a Nicolai Jorgensen's run that beat the offside trap, United's defenders were noticable by their absence when the unmarked Vilhena swept home from just inside the penalty area.

Comments
Topics mentioned in this article
Manchester United Feyenoord Jose Mourinho Football
Get the latest updates on IPL 2021, check out the IPL 2021 Schedule and Indian Premier League Live Score . Like us on Facebook or follow us on Twitter for more sports updates. You can also download the NDTV Cricket app for Android or iOS.