European football is one of the sports hit hardest by the coronavirus pandemic with players testing positive and even deaths being reported in the fraternity. 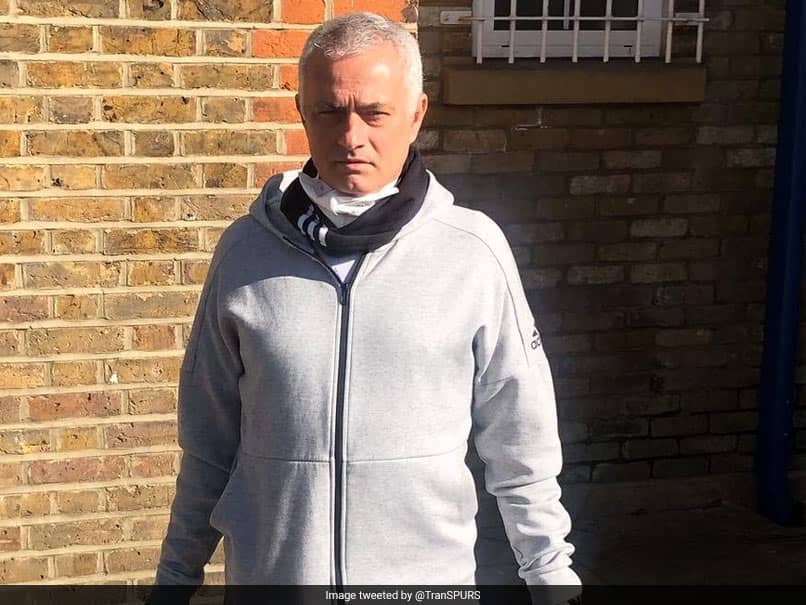 The photos and videos of Jose Mourinho's noble initiative are going viral.© Twitter

Tottenham Hotspur manager Jose Mourinho decided to make the most of his free time out of the ongoing Premier League break due to the coronavirus pandemic by engaging in community service. At a time when everyone is forced into self-isolation to prevent the spreading of deadly COVID-19, Jose Mourinho was seen helping deliver food and other essential goods to the elderly so they didn't have to leave their home and risk virus infection. The photos and videos of Jose Mourinho's noble initiative are going viral on the internet.

José Mourinho delivered food and other essentials to the elderly and vulnerable yesterday so they didn't have to leave their home and risk coronavirus infection.

The coronavirus pandemic has brought the world sports to a grinding halt. The Premier League matches have been postponed until April 30 at the earliest.

On Tuesday, the UEFA confirmed the postponement of the Champions League, Europa League and women's Champions League finals -- originally scheduled for May -- due to the coronavirus pandemic, with no new date given.

In the Premier League, Mourinho's Tottenham Hotspur are placed eighth on the points table, seven points adrift of the top four.

Meanwhile, Premier League leaders Liverpool await the resumption of the league to aim for a first English title in 30 years.

Prior to the virus suspension, Tottenham's 4-0 aggregate thrashing by Leipzig added the misery of their early Champions League exit to a season in which the 2019 finalists have been brought crashing back down to earth.

Tottenham Hotspur English Premier League Football Jose Mourinho
Get the latest updates on India vs England Series, India vs England , live score and IPL 2021 Auction . Like us on Facebook or follow us on Twitter for more sports updates. You can also download the NDTV Cricket app for Android or iOS.