Mauricio Pochettino said that Jadon Sancho had been on his radar for a while before he started making headlines. 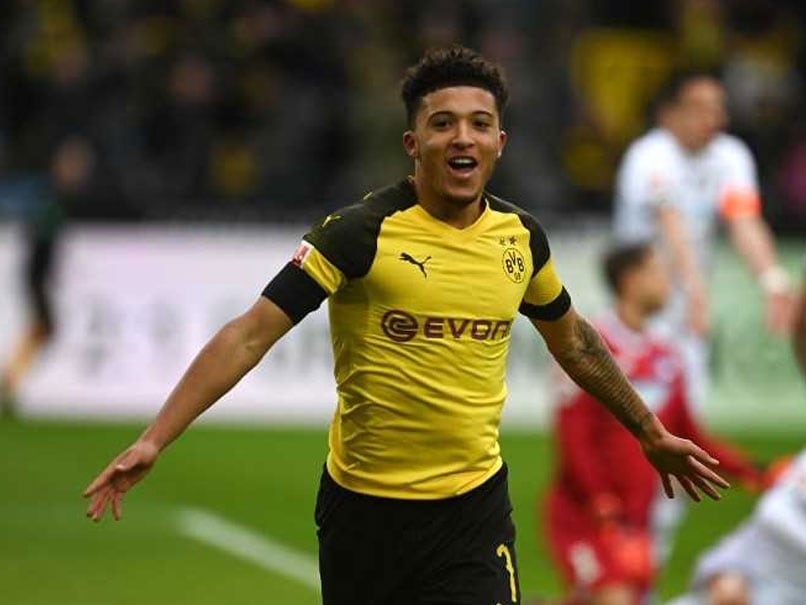 Jadon Sancho has taken the Bundesliga by storm.© AFP

Jadon Sancho's sparkling displays for Borussia Dortmund are not a surprise to Tottenham Hotspur manager Mauricio Pochettino, who has had him marked down as a "massive prospect" for the past few years. The 18-year-old winger's form for the German league leaders has earned him England caps and he will be a danger man against Spurs when the two sides meet in their Champions League last-16 first leg at Wembley on Wednesday. Pochettino told the eve-of-match press conference that Sancho had been on his radar for a while before he started making headlines.

"He doesn't surprise me," said Pochettino. "We knew very well that he was capable of doing what he's doing now, with game time.

"We were talking in the last few years that he was a massive prospect."

Sancho, whose trip home did not get off to the best of starts as he forgot his passport, is not Pochettino's main concern for the game.

The 46-year-old will be without England stars Harry Kane and Dele Alli, who despite good progress following ankle and hamstring injuries, did not train on Tuesday.

Also a non-starter is left-back Danny Rose, who suffered a shin injury during Sunday's win over Leicester City.

"It's impossible for him (Rose) to start from the beginning, we need to assess in the morning (Wednesday) whether he will be on the bench," said Pochettino.

He will, though, have both England midfielder Eric Dier and Argentine striker Erik Lamela in contention for places.

Tottenham Hotspur Tottenham Hotspur vs Borussia Dortmund, Round of 16 Football
Get the latest updates on IPL Auction 2023 and check out  IPL 2023 and Live Cricket Score. Like us on Facebook or follow us on Twitter for more sports updates. You can also download the NDTV Cricket app for Android or iOS.