Is This Neymar's Time In Champions League? Injury-Hit PSG Hope So

Neymar, 28, finally seems settled in Paris and is in fine shape to lead his team against Atalanta as they look to progress to the Champions League semi-finals. 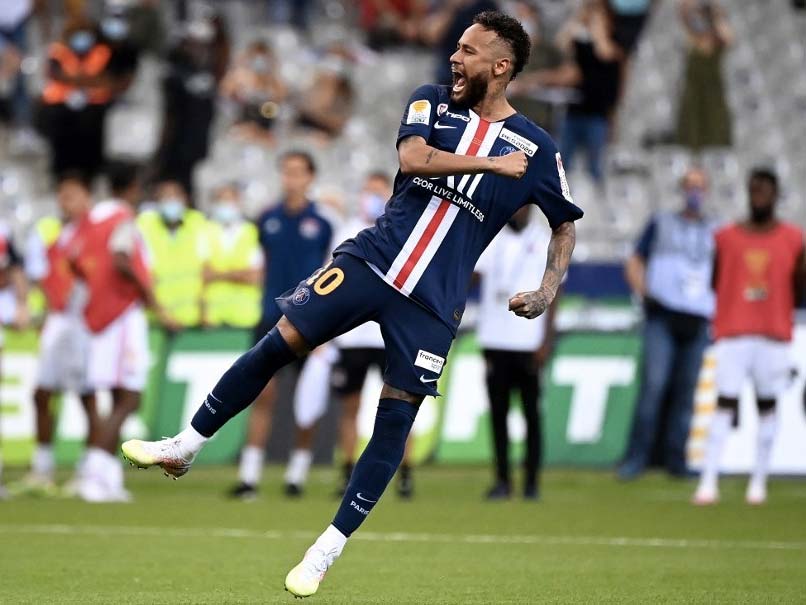 PSG will be counting on Neymar to get the job done when they face Atalanta in the quarter-finals.© AFP

Paris Saint-Germain have once again been hit by a flood of injuries going into a crunch Champions League knockout tie, but this time Neymar is fit and seemingly ready to live up to his status as the world's most expensive player. PSG face Atalanta in Lisbon on Wednesday in the first quarter-final of the 'Final Eight', after UEFA turned the latter stages of Europe's elite club competition into something akin to a World Cup after the long coronavirus shutdown. There will be no fans in the Estadio da Luz, but the French champions coped just fine behind closed doors when they beat Borussia Dortmund in their last 16, second leg in March.

That night Neymar scored the opener in a 2-0 win as they overturned a first-leg deficit.

After the game, the Brazilian sat on a step high up in the stands at the Parc des Princes and cried tears of joy.

After all, his first two seasons in Paris following his 222 million-euro ($264 million) transfer from Barcelona were marred by injuries at the worst possible moments.

First there was the broken metatarsal that saw him miss the last 16, second leg against Real Madrid in 2018 as PSG were knocked out by the reigning champions.

And history repeated itself a year later, as another metatarsal injury forced him to miss the defeat against a mediocre Manchester United, when they contrived to throw away a 2-0 first-leg advantage.

Since then, the much talked about move back to Barcelona has not happened and does not look likely to happen in the post-pandemic market.

Wednesday's game comes a day short of three years after Neymar made his debut for PSG following that stunning, 222 million euros transfer from Spain.

Aged 28, Neymar now finally seems settled in Paris and is in fine shape to lead his team against Atalanta as they look to progress to the Champions League semi-finals for the first time since the Qatari takeover in 2011.

"I think I'm having my best time since I came to Paris," he said in an interview with the club's website last week.

And how PSG -- in the week they celebrate the 50th anniversary of the club's founding -- need him as coach Thomas Tuchel has all sorts of selection concerns elsewhere.

His other superstar forward, Kylian Mbappe, is expected to be on the bench at best as he battles to shake off an ankle injury suffered in last month's French Cup final against Saint-Etienne.

Angel Di Maria is suspended, while the club's all-time record goal-scorer, Edinson Cavani, left at the end of June when his contract expired. Ironically, he has been tipped to move to Lisbon to sign for Benfica.

Perhaps most worryingly of all, midfield maestro Marco Verratti is out with a calf injury and reports claim the Italian would possibly not even be fit for the final should PSG make it.

To top it all, Tuchel is on crutches too, the German coach breaking his fifth metatarsal and spraining his left ankle during a workout.

But as long as Neymar is fit, PSG will remain hopeful of progressing to a semi-final next week against Atletico Madrid or RB Leipzig.

"We're a very strong team together, we've won four titles already this season, and I'm very happy to be the Paris Saint-Germain manager," Tuchel told PSG TV this week. "It's a gift for me."