Chelsea F.C. captain John Terry, 35, limped off injured towards the end of the first half of Saturday's 5-1 Premier League win over Newcastle United F.C. 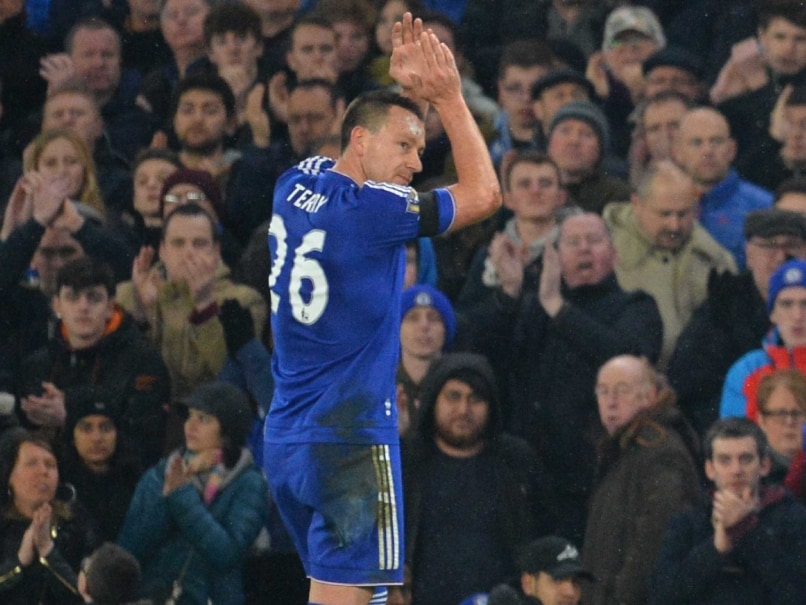 Chelsea captain John Terry will play no part in Tuesday's Champions League clash at Paris Saint-Germain due to a hamstring injury, the club said on Monday.

The veteran defender will be sorely missed in the last 16, first leg at the Parc des Princes and has not even travelled to Paris with the squad.

"John Terry has not travelled due to a minor problem with his hamstring and ligament," Chelsea said on their club website.

Terry, 35, limped off injured towards the end of the first half of Saturday's 5-1 Premier League win over Newcastle United and, after a scan on Sunday, took part in Chelsea's open training session on Monday afternoon.

But the Premier League champions later announced that the centre-back had not travelled with the squad.

"It was not a decision made by me because he was having too much trouble to travel," Chelsea manager Guus Hiddink said at his pre-game press conference in Paris.

"We made a test this morning and it didn't work out well so the decision was made to leave him at home. He was convinced himself he would not be of worth to the team at the moment."

Hiddink added that it would be "difficult" for Terry to return in time for Sunday's FA Cup fifth-round tie against Manchester City at Stamford Bridge.

However, he insisted: "Not having John is a bit of a setback, as a leader, but I am not the type of coach or manager who starts moaning and moaning. I have full confidence in the other players."

In Terry's absence, and with Kurt Zouma already ruled out for the rest of the season with a knee injury, Branislav Ivanovic should partner Gary Cahill in the heart of the Chelsea back four.

That would mean Cesar Azpilicueta starting at right-back and Baba Rahman playing on the left.

Paris coach Laurent Blanc said the loss of Terry was a significant blow to their rivals.

"He is an important element of their side. He also gives them an aerial threat in attack," Blanc said.

"On Saturday when he went off it changed their defensive block entirely."

Midfielder Nemanja Matic also misses the game due to suspension, while January signing Alexandre Pato, the Brazilian striker, is not yet ready to feature.

The sides meet in the Champions League for the third successive season and PSG originally appeared the undisputed favourites when the draw was made.

But while Chelsea remain in the bottom half of the Premier League after a poor first half to the season, they have now gone 12 games unbeaten in a steady recovery since Guus Hiddink replaced Jose Mourinho in the dugout.

Comments
Topics mentioned in this article
John Terry Chelsea Paris SG Football
Get the latest updates on India vs England Series, India vs England , live score and IPL 2021 Auction . Like us on Facebook or follow us on Twitter for more sports updates. You can also download the NDTV Cricket app for Android or iOS.