Nicolas Anelka, the 36-year-old journeyman forward has been the player-coach at Mumbai City, who crashed out of the second edition of the eight-team Indian Super League after a 1-1 home draw against lowly Kerala Blasters on Thursday. 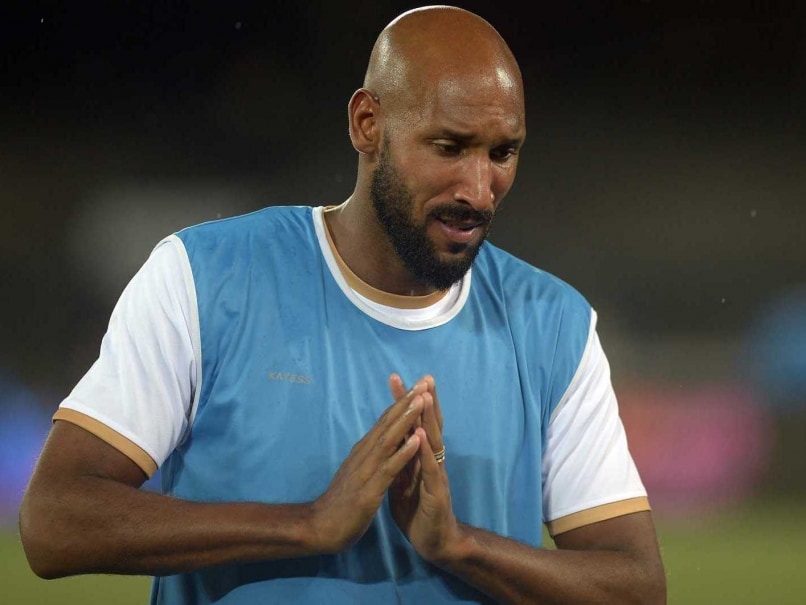 Dejected French striker Nicolas Anelka is on the hunt for his 13th club after failing to guide Mumbai City into the knockout stage of the Indian Super League.

The 36-year-old journeyman forward has been the player-coach at Mumbai, who crashed out of the second edition of the eight-team ISL after a 1-1 home draw against lowly Kerala Blasters on Thursday.

"I don't think I will come back. You have to speak to the team management," Anelka, the former Arsenal, Real Madrid and Chelsea striker, said after the draw.

"The target was to reach the semi-finals and the target has not been met, so I don't think so," he added.

Anelka joined Mumbai as a player last year and took over the coaching duty as well this year. It did not prove a particularly pleasant experience for him with local media claiming the Frenchman had altercations with players, such as striker and India captain Sunil Chhetri, and coaching staff.

"I don't think we had fighters in this team. Last season we had players who had 10 percent of the quality from this season. But the players then had more fight in them," he said.

Anelka, who had two spells with Paris St Germain, was ambiguous about his future.

"As a player maybe, I don't know, I will have to rest and think what I need to do for the future," he added.

Comments
Topics mentioned in this article
Mumbai City FC Nicolas Anelka Football
Get the latest updates on ICC T20 Worldcup 2022, check out the Schedule and Live Score. Like us on Facebook or follow us on Twitter for more sports updates. You can also download the NDTV Cricket app for Android or iOS.