After firing blanks in their first outing, Bengaluru FC will start as favourites at home against FC Pune City in an Indian Super League (ISL) semifinal second leg clash on Sunday. 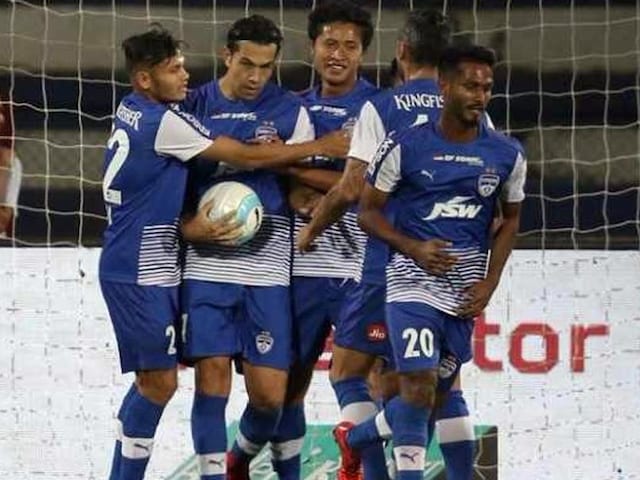 After firing blanks in their first outing, Bengaluru FC will start as favourites at home against FC Pune City in an Indian Super League (ISL) semifinal second leg clash on Sunday. Pune and Bengaluru played out a 0-0 draw at the Shree Shiv Chhatrapati Sports Complex Stadium in Pune on Wednesday. The game had few chances of note with the visitors getting the best of them but failing to make the most of their opportunities. On Sunday, Bengaluru will hold the aces at the Sree Kanteerava Stadium where they have lost only twice out of nine league engagements.

The two-time I-League champions, who are in their debut season in the ISL, have rarely put a foot wrong since the first day.

The Albert Roca-coached side won 13 times out of their 18 league games, losing on just four occasions with one draw to show for.

They finished on an astounding 40 points, eight more than second-placed Chennaiyin FC who won the high-profile tournament in 2015.

In the goalscoring charts as well, Venezuelan striker Miku is on second in the list behind FC Goa's Ferran Corominas netting 14 times.

Skipper and talismanic forward Sunil Chhetri has been among goals as well, finding the back of the net 10 times.

Bengaluru have been unbeaten in their last nine games, winning seven of those.

Coming to their rivals, Pune have had somewhat of an inconsistent season finishing fourth in the league table with 30 points from 18 outings.

They Ranko Popovic-coached side banked on the pair of Uruguayan Emiliano Alfaro (9 goals) and Brazilian Marcelo Pereira (8 goals) for the goals and did just enough to win five of their first ten fixtures and solidify the base.

Pune will be without their head Ranko Popokovic, who was suspended by the disciplinary committee of the All India Football Federation (AIFF) on Friday due to public comments against referees and match officials.

Roca, after the last game, had told reporters that it was a "scare" for his players as the occasion got the better of them.

"We were the only team to create a couple of good chances, both of which came from set-pieces. But unfortunately, we have not scored. I think this game was a scare for the players," Roca had said.

Roca's counterpart Popovic had remarked that though he was happy with his team's performance, the result left him high and dry.

"I am satisfied with the performance, not with the result. The result is only the consequence of the work. Today we worked very hard and very well."

For the hosts, Harmanjyot Khabra is still nursing a rib injury he picked up during an AFC Cup game away to Maldives while Pune have no injury or suspension issues.

Nishu Kumar and Victor Perez Alonso are also out injured for Bengaluru.

At this venue, the two sides played out a 1-1 stalemate in February.

Comments
Topics mentioned in this article
FC Pune City Bengaluru FC Indian Super League Football
Get the latest Cricket news, check out the India cricket schedule, Cricket live score . Like us on Facebook or follow us on Twitter for more sports updates. You can also download the NDTV Cricket app for Android or iOS.