Bengaluru FC came from behind to defeat Odisha FC 2-1 in their Indian Super League match here on Monday, the result keeping the Blues in the hunt for a semifinals spot 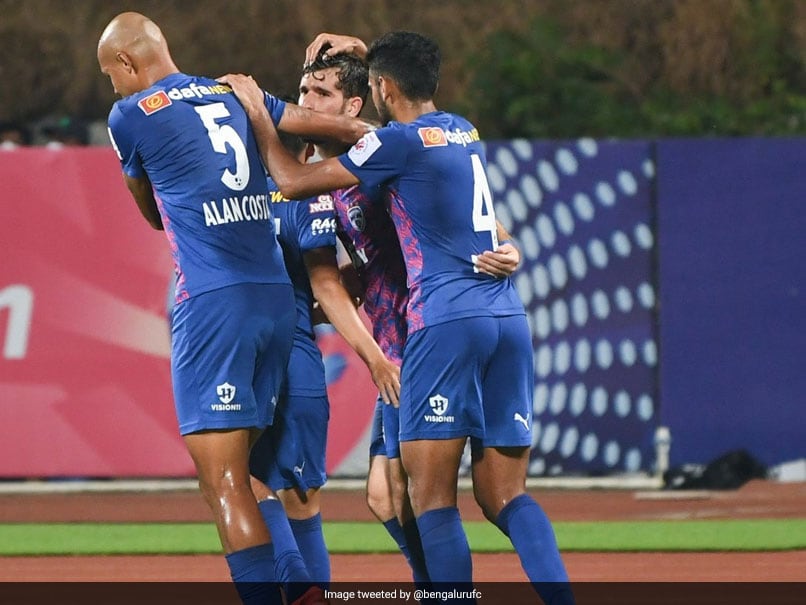 Bengaluru FC came from behind to defeat Odisha FC 2-1 in their Indian Super League match here on Monday, the result keeping the Blues in the hunt for a semifinals spot. BFC rose to fifth place with 26 points, one behind fourth-placed Kerala Blasters FC. On the other hand, a third winless outing meant Odisha's semifinals ambitions suffered a huge blow. Nandhakumar Sekar (8th minute) pounced on a loose ball to score early in the game but Danish Farooq's (31st) header levelled the score.

Cleiton Silva (49th) scored from the penalty spot in the second half, which eventually separated the two teams.

Both teams began on a strong note, creating decent scoring opportunities. Bruno Ramires came close to scoring inside five minutes but his long-ranger swerved narrowly past the target.

However, it was Odisha FC that took the lead after Jonathas found space behind the BFC backline but saw his shot saved by Lara Sharma. Unfortunately for the Blues, the rebound fell to Nandhakumar Sekar who sent his team into an early lead.

The equaliser arrived soon as Danish Farooq scored with a header from Roshan Naorem's corner at the half-hour mark. Kamaljit Singh misjudged the flight of the ball that gave the midfielder a free-header on the far post, leading to the goal.

The first half had an eventful end with Nandhakumar coming up one-on-one with the goalkeeper. But, the winger managed to hit the side netting after dodging the advancing Sharma, failing to score a second.

The second half started on a poor note for the Kalinga Warriors, as they gave away a penalty inside the first few minutes of the restart after Udanta Singh was tripped inside the box.

Cleiton Silva took the spot-kick and expertly sent the goalkeeper in the wrong direction to hand the lead to BFC.

Odisha's quest for a second saw them make a few attacking substitutions, one of them being Aridai Cabrera. The forward fed Isaac Vanmalsawma whose shot was parried onto the right goalpost by Sharma in goal.

Bengaluru FC defended resiliently in the final stages of the match. Despite getting an extra five minutes of added time, Odisha were unable to find the crucial second goal and conceded the defeat.

Odisha's next outing will be against top-four contenders ATK Mohun Bagan at the Tilak Maidan Stadium on Thursday while Bengaluru FC also play the Mariners next at the PJN Stadium on Sunday.

Odisha FC Football
Get the latest updates on ICC T20 Worldcup 2022, check out the Schedule and Live Score. Like us on Facebook or follow us on Twitter for more sports updates. You can also download the NDTV Cricket app for Android or iOS.