India Under No Pressure in AFC U-16 Championship: Coach Nicolai Adam

India U-17 coach Nicolai Adam said though his team was grouped with Iran, Saudi Arabia and United Arab Emirates at the AFC U-16 Championship, there was no pressure 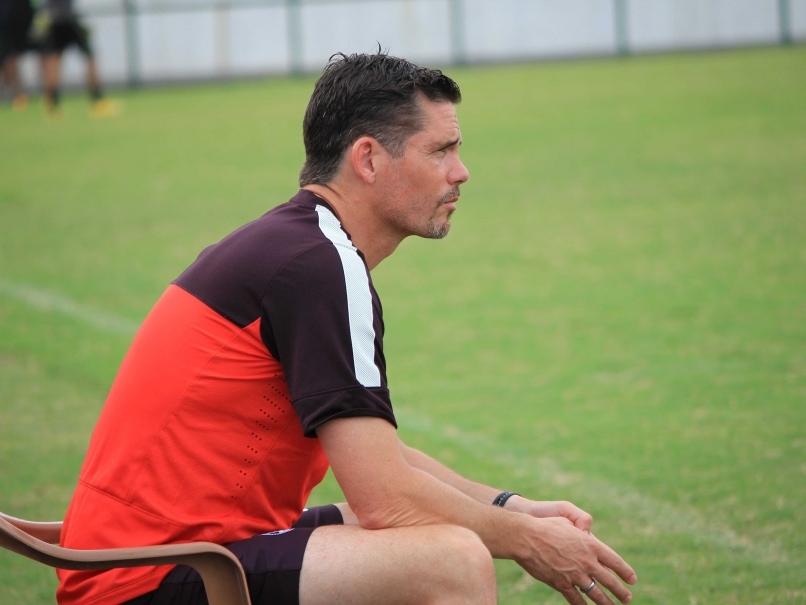 Nicolai Adam, India U-17 coach, said he was looking foward to some 'good competition' at the 2016 U-16 Championship. (Picture Credit: AIF

India's U-16 team head coach Nicolai Adam on Thursday said he was not looking to "avoid any particular side" in the upcoming AFC U-16 Championship.

Moments after India were drawn in Group A with Asian Powerhouses Iran, Saudi Arabia and United Arab Emirates, Nicolai maintained that all he wants is a "good competition".

"There was no question about avoiding any particular team. I was perhaps the most relaxed person in the hall and all I want is good competition which will augur well for the 2017 FIFA U-17 World Cup," he said.

Asked if he would dub it as the 'Group of Death', Nicolai said, "This isn't a Group of Death at all. This is us plus 15 other best teams from Asia. I don't know how many times I have met Iran as opponents and they are there again in our group," he stated.

India had last met Iran in the AFC U-16 Qualifiers in Tabriz in a match which Iran won 3-0.

"I don't have any idea about Saudi Arabia and UAE. I will try to gather as much information as we can about them and then sit down to analyse them and find out the solution to beat them," Nicolai said, about India's other two opponents in the group.

"When I see the whole matrix, they are all good teams. You just have to play them one by one. Our goal stays the same - qualifying to the U-17 World Cup on merit. We will ready and fit for the Championship," Nicolai added.

With the AIFF Youth Cup having been concluded, the India U-16 team is leaving for exposure tours to Germany and Norway as part of its preparation for the Championship.

"We have a lot of ground to cover. Right from our May 28 morning when we land in Germany at 8am in the morning, we will start. The same day at 6pm we will have our first session. What it basically means is that there isn't much time to rest," Nicolai quipped.