India and China have faced each other 17 times, of which 12 have gone in favour of China while the rest 5 were drawn. 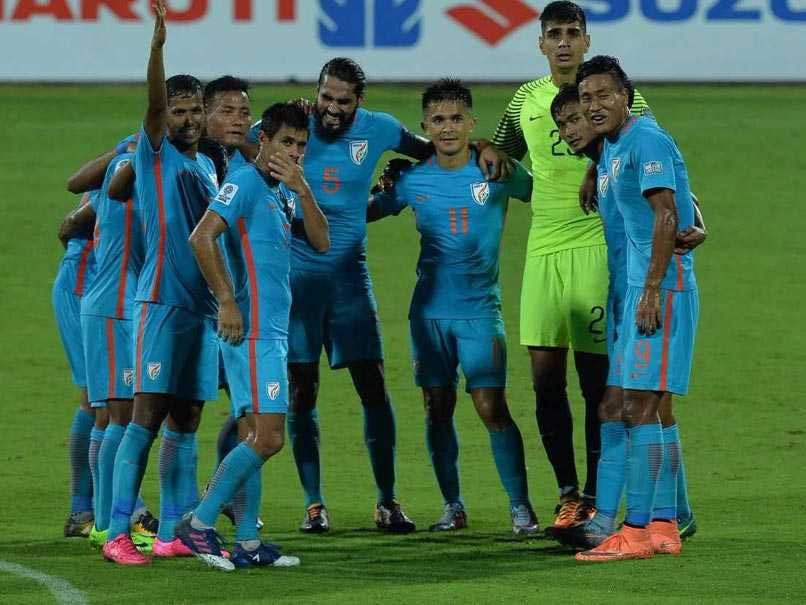 India has remained unbeaten in their last 12 official matches.© AFP

All India Football Federation (AIFF) has confirmed that India's senior football team will play a friendly match against China during the FIFA window of October 8 to October 16. Terming the occasion as 'historic,' AIFF General Secretary Kushal Das said that it is an amazing opportunity for two of the fastest emerging football markets and it will help in reviving the neighbourhood rivalry. "China and India are today being seen as the two fastest emerging football markets, globally. We are happy to have come to the conclusion of our month-long discussion with the Chinese Football Association," Kushal said.

"The opportunity presents us with an opportunity to not just break the two-decade deadlock, but also provides us with a chance to revive the neighbouring rivalry," he added.

India and China have faced each other 17 times, of which 12 have gone in favour of China while the rest 5 were drawn. However, the Indian national team has been on an upsurge over the last couple of years, maintaining an unbeaten run of 12 official matches for a span which extended from June 2016 to November 2017.

The October international friendly assumes huge importance as it will set the pace for India's preparatory process for the upcoming Asian Football Confederation (AFC) Asia Cup.

National Coach Stephen Constantine expressed satisfaction over AIFF's efforts in scheduling the match against China and stated that the team needs to prepare in the best possible fashion for the Asia Cup.

"With an eye on the preparation for the Asian Cup, as a coach, I couldn't have asked for anything better than an opponent like China. I am sure the boys will make the best of the opportunity presented to us and look forward to testing ourselves ahead of the AFC competition," Constantine said.

Though the date for the friendly match will be decided in coming days, AIFF has proposed October 13, 2018, as the match day.

On a related note, AFC Asia Cup is slated to be held from January 5 to February 1, next year.

India China PR Sunil Chhetri
Get the latest updates on India vs Australia and check out  Schedule, Results and Live Score. Like us on Facebook or follow us on Twitter for more sports updates. You can also download the NDTV Cricket app for Android or iOS.