India Rise To 96 In FIFA Rankings, Best In Two Decades

As far as Asia is concerned, India are the 12th highest ranked team in the continent, while Iran lead the chart at the 23rd spot. 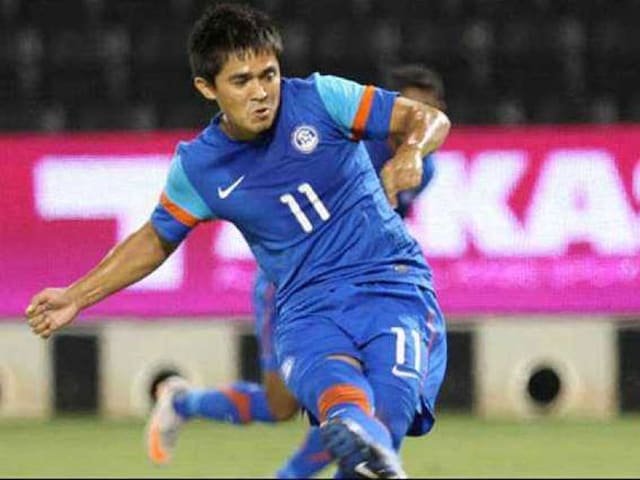 Sunil Chhetri is a key player in the Indian football team.© PTI

The Indian football team rose to the 96th spot in the latest FIFA rankings, its best-ever in the last two decades and the second best overall. As far as Asia is concerned, India are the 12th highest ranked team in the continent, while Iran lead the chart at the 23rd spot. India's best-ever FIFA ranking till date stays 94, which was attained in February 1996, while 99 was India's second-best, achieved in November 1993. The national team has been on an upsurge with a string of impressive results leading to a climb of 77 places over the last two years.

The team has now won 13 of its last 15 matches and is unbeaten in the last eight games (including the unofficial match against Bhutan).

India were ranked 171 when Stephen Constantine took over as national coach for the second time in February 2015 and slipped further to 173rd in March 2015 in the FIFA ladder even before the gaffer could have his first game in charge against Nepal, which India eventually won 2-0 on aggregate.

Congratulating the team, All India Football Federation president Praful Patel said: "It's a giant leap of faith for Indian football. Two years back, we were 173 and now we have reached our second best FIFA ranking ever. The leap signifies the potential of Indian football. Congratulations to the national team boys, the coach, the staff and all in AIFF."

AIFF general secretary Kushal Das stated: "This comes as a huge boost ahead of our next AFC Asian Cup qualifying match against Macau on September 5, 2017. Hats off to the team for giving it their all in achieving this milestone. Qualifying for the AFC Asian Cup 2019 stays our top priority."

Confederations Cup champions and reigning world champions Germany have overtaken Brazil to be the top team in the world and are followed by Argentina at third spot, Portugal and Switzerland.