The 40 Asian countries were divided into eight groups of five teams each in the draw held at the Asian Football Confederation headquarters. 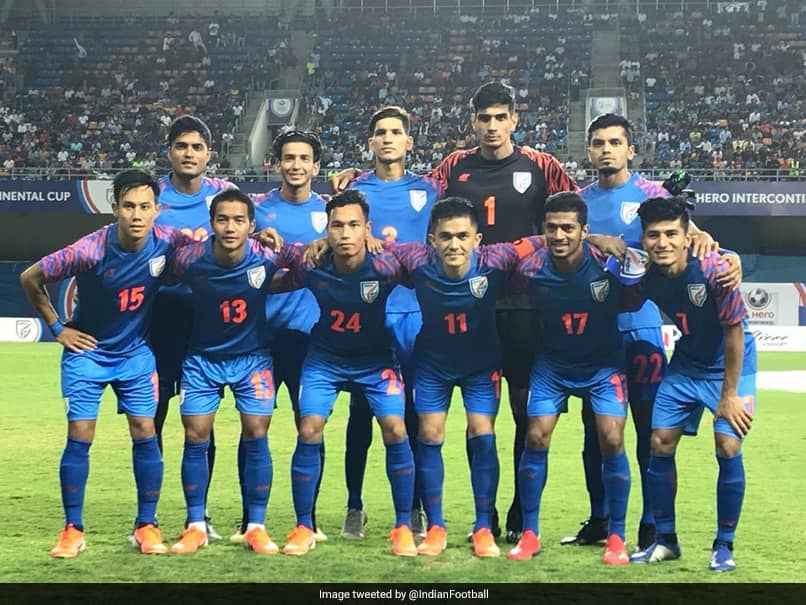 The Indian football team was Wednesday handed a comparatively easy draw for the 2022 World Cup second round Asian qualifiers, being clubbed with Qatar, Oman, Afghanistan and Bangladesh in Group E. The 40 Asian countries were divided into eight groups of five teams each in the draw held at the Asian Football Confederation headquarters here. All the teams in each group will play home-and-away round-robin matches starting from September 5. The eight group winners and four best runners-up will advance to the final round of 2022 World Cup qualifiers and the 2023 AFC Asian Cup Finals, to be held in China.

The next best 24 teams from the second round of the joint qualifiers will compete in a separate competition for the remaining 12 slots in the 24-team AFC Asian Cup.

India avoided the big guns from Pot 1 like Iran, Japan, Korea, Australia and Saudi Arabia, but drew Asian Cup champions Qatar. India were also not drawn alongside bigger teams from Pot 2 like Iraq and Uzbekistan.

India can beat the likes of Afghanistan and Bangladesh and will hope to play their best against Oman, as well as World Cup hosts Qatar, if they have to advance to the final round of the qualifiers.

Interestingly, India were also drawn along with Oman in the second round qualifiers of the 2018 World Cup. The Arab nation beat India 2-1 (in Bengaluru) and 3-0 (in Muscat) in 2015.

But the latest clash between the two sides, just before the 2019 Asian Cup, had ended in a goal-less draw in Abu Dhabi last December. India head coach Igor Stimac termed the draw "a very tough challenge".

"It will be an enormous challenge for your young team. We have been drawn into a very tough group," Stimac said.

Without singling out any team, Stimac said that "we need to respect every opposition".

"We need to respect everyone, not only teams from Pot 1, and Pot 2, but even teams from Pot 3, and Pot 4. The Intercontinental Cup showed to all how strange a game of football is. The two teams which are playing the final (Tajikistan, and DPR Korea) are the lowest FIFA ranked teams in the tournament. That shows that everyone can beat everyone," he said.

"I will teach the team to respect the opposition, but when we step on to the pitch, we will do everything to win. That is the way I am going to prepare my team. We are just at the beginning of our journey. I hope that it will be a long one," he added.

Wednesday's draw was conducted by FIFA Director of Competitions Christian Unger and Australian legend Tim Cahill. Asia's top ranked side Iran, who will be aiming for a third consecutive World Cup appearance, were pooled in Group C alongside Iraq, Bahrain, Hong Kong and Cambodia.

Japan, Asia's best performers in the 2018 FIFA World Cup where they were defeated by Belgium in the Round of 16, were drawn in Group F with Kyrgyz Republic, Tajikistan, Myanmar and Mongolia.

Korea Republic, who have appeared in every edition of the FIFA World Cup Finals since 1986, will have Lebanon, DPR Korea, Turkmenistan and Sri Lanka in Group H of the Asian Qualifiers.

Saudi Arabia will face Uzbekistan, Palestine, Yemen and Singapore in Group D while Australia will go up against Jordan, Chinese Taipei, Kuwait and Nepal in Group B. China, the host country for the AFC Asian Cup 2023, will have to navigate past Syria, Philippines, Maldives and Guam in Group A in their bid for a second appearance in the FIFA World Cup Finals.