India U-18 football team defeated Bangladesh 2-1 to clinch their maiden SAFF title in Kathmandu on Sunday. 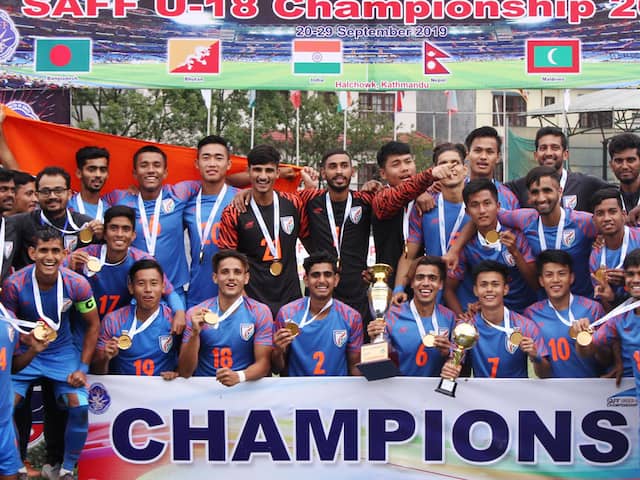 India U-18 football team defeated Bangladesh 2-1 to clinch their maiden SAFF title in Kathmandu on Sunday. India took an early lead through Vikram Partap Singh (2nd minute) while the winner came in the injury time when Ravi Bahadur Rana scored a screamer from about 30 yards. Yeasin Arafat reduced the deficit for Bangladesh in the 40th minute.

"I had maintained that it will take a moment of brilliance to end this SAFF Championship, and it was fitting that Ravi finished if off with a wonderful strike," Head Coach Floyd Pinto stated moments after the final whistle.

"We were not just the best footballing team in the tournament, but also the most effective team. I am really happy for the boys. They earned it," he added.

"The sacrifices, and the commitment of the boys was exemplary."

India's Ninthoinganba Meetei was adjudged the Most Valuable Player of the tournament.