Former Real Madrid goalkeeper Iker Casillas came through club's youth ranks and went on to play in the first team from 1999 to 2015, winning 19 titles including three Champions Leagues and five Spanish championships. 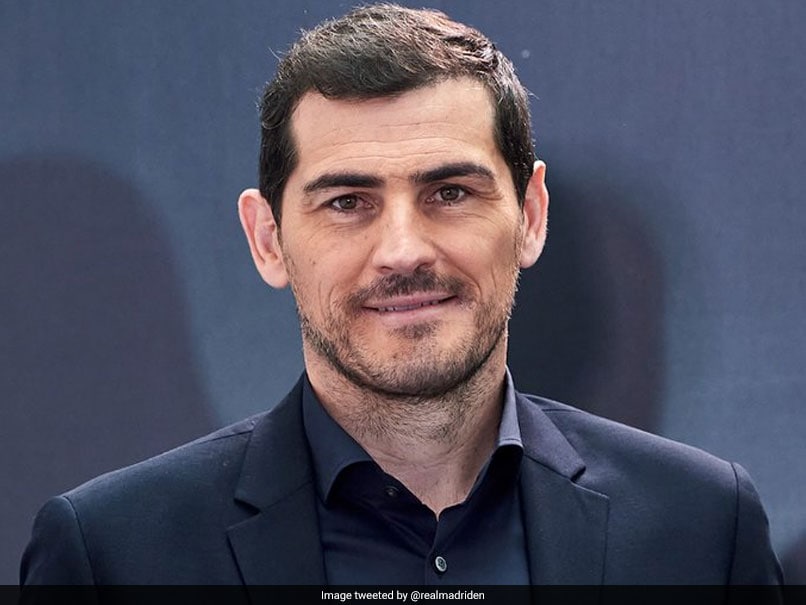 Iker Casillas retired from playing on August 4 at the age of 39.© Twitter

Former Real Madridgoalkeeper Iker Casillasis returning to the club to take up a role within its foundation, the 13-times European champions announced in a statement on Tuesday. Casillas came through the club's youth ranks and went on to play in the first team from 1999 to 2015, winning 19 titles including three Champions Leagues and five Spanish championships.

"Real Madrid CF have announced that Iker Casillas has joined the Real Madrid Foundation as assistant to the general director," the club announced without detailing the extent of Casillas' new role.

"Iker Casillas is a Real Madrid legend who represents the values of our club and is the best goalkeeper in our history."

The foundation carries out football-related actions, such as recently funding internships for young players in China and organising workshops on sports psychology.

Capped 167 times by Spain with whom he won the World Cup in 2010 as well as the 2008 and 2012 Euros, Casillas returns to the club five years after leaving it to end his career at Porto.

"Proud to come home. I face this new challenge with all the desire and all the enthusiasm possible, thank you for the welcome!" Casillas said on Twitter.

He suffered a heart attack in training in May 2019 and officially retired from playing on August 4 at the age of 39.

"We know the person he is, what he has accomplished, what he represents for Real Madrid supporters," said coach Zinedine Zidaneon Tuesday.

"It is good news that he is coming back to his favourite club, to work and bring everything he knows."

Iker Casillas Football
Get the latest updates on India vs South Africa and check out  Schedule, Results and Live Score. Like us on Facebook or follow us on Twitter for more sports updates. You can also download the NDTV Cricket app for Android or iOS.