National football team coach expressed concern at the lack of quality footballers and said that the Indian team is not a factory to produce players like Sunil Chhetri. 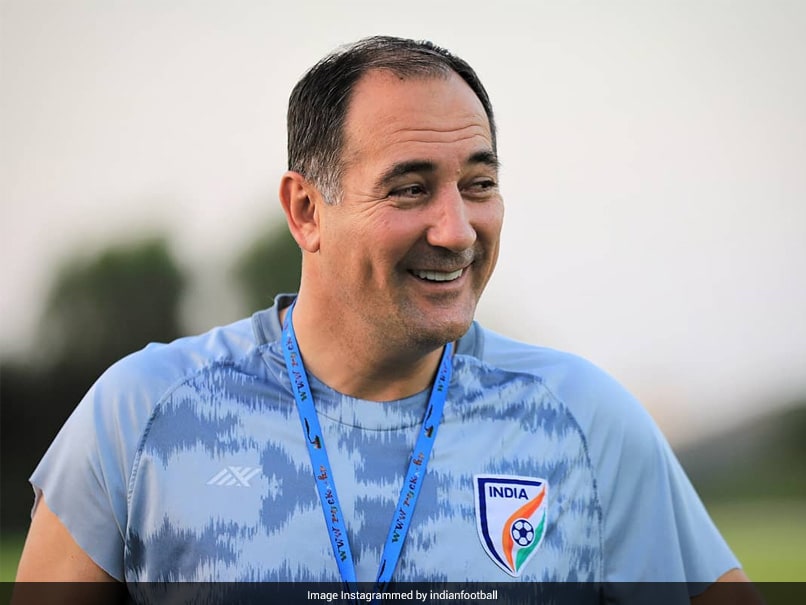 India head coach Igor Stimac on Friday expressed concern at the lack of quality footballers at the national level and urged the top tier Indian Super League and I-League to play proactive roles to produce players likeSunil Chhetri. Lack of a quality striker was once again evident in India's recent World Cup qualifiers in Qatar as India relied heavily on the ageing Chhetri who struck a brace in their 2-0 win over Bangladesh, the lone win of the campaign.

In a virtual media conference after India made it to the final qualifying round of the 2023 Asian Cup, the 53-year-old Croat took questions on the range of issues, ranging from his future to the drawbacks of the Indian Super League.

Stimac was asked about the next Chhetri and he shot back: "Who do you see in India who can replace Chhetri? Do you see anyone in a striking position to play as centre forward?"

The national team should exploit players coming out from the clubs. National team is not an academy, we are not a factory to produce players.He said "the national team suffered from all the weakness that is apparent in the country's top league, the ISL".

"We can just use what we get from ISL and I-League or other lower leagues in India. National team door is open to everyone. But where to find someone like that (like Chhetri)?" Stimac asked.

"To be honest there are not many players with the technical ability. Most of foreign players occupy the most important positions in the team. So our base for selection of the players is very small. And it's not easy. This definitely limits the choice when we go to select the Indian players," he said.

Stimac, whose term as head coach was recently extended till September, also criticised the lack of relegation system in the ISL so far.

"Don't get me wrong but the ISL is not bringing pressure, there is no relegation. It's far different from playing top level International football."

Stressing that the latest rule of allowing just four foreigners in the ISL will help the Indian players, he said: "Once we open the positions for Indian players, the time will come for us to go forward as the national team." He said while implementing the four-foreigner rule, the clubs should use Indian players as a backup to the players from abroad.

"Teams should not have two players of the same kind. Another foreigner should not replace an offensive foreign player; teams should open the doors for Indian players.

He also suggested that the I-League the second tier of Indian domestic football structure should be played without any foreign strikers. "We can also think about starting I-League without foreign players because that will open doors for Indian strikers, midfielders and centre back that will help national team enormously in three-four years time, believe me."

Asked about his future beyond September, he said: "I am honoured to be working with AIFF. I appreciate the support given. We have a good platform for the future." It is now on the AIFF technical committee, AIFF, and President to decide my future. If they are not happy with my performance I am ready to accept that.

"Talking about the coming months, the head coach wants to start the national camp in August and make them play some friendly games till the ISL begins. We have to exploit the FIFA calendar and start the camp in August. We would like to play two friendlies in September and if the ISL starts late we can continue playing friendlies in October and November," he said.

"Once the ISL starts, the players will have enough competitive matches before the February qualifiers," Stimac said the team's mission was accomplished with India's qualification for the Asian Cup final qualifying round.

"It's mission accomplished in a few words," Stimac said in his opening remark. "It was difficult, we lost 500 days with the pandemic around us. But we accomplished the aim. Is that good enough? We are not happy. We expected more points from the group. But we need to be happy where we got and improve on the platform."