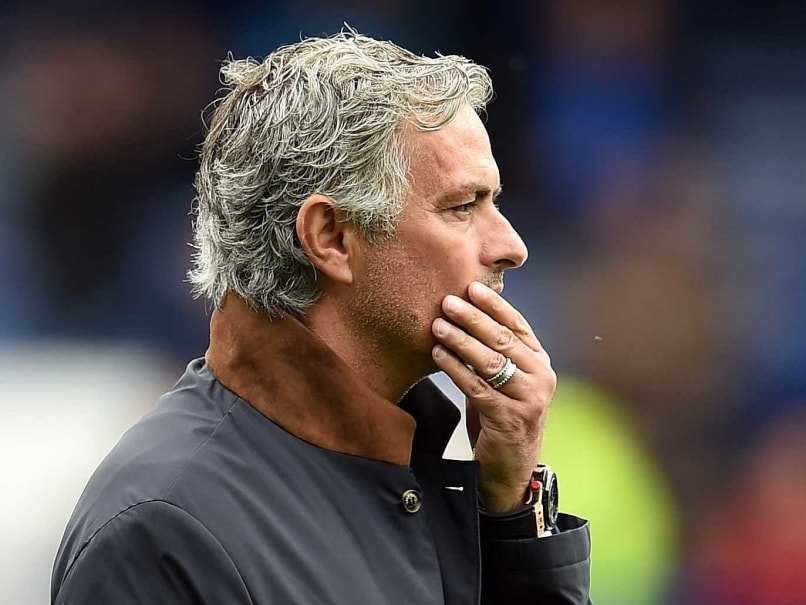 It was the first time that Chelsea F.C. boss Jose Mourinho has lost two successive Premier League games since May 2006.© AFP
London:

Jose Mourinho insists he is not under pressure even though "everything is against" Chelsea after their stuttering start to their Premier League title defence suffered another huge blow.

Mourinho's side lost 3-1 to Everton at Goodison Park on Saturday as Steven Naismith's hat-trick inflicted a third defeat on the champions from their opening five league matches.

It was the first time that Blues boss Mourinho has lost two successive Premier League games since May 2006, having suffered a 2-1 home defeat to Crystal Palace before the international break.

The last time Chelsea had a worse start to a top-flight season was in 1986-87 when they went on to end the campaign in 14th position.

But asked if he was under pressure, Mourinho said: "No. No. I think the refugees are under big pressure.

"The biggest concern is that everything goes against us. We know we are making mistakes but for every mistake we are punished immediately.

"We need to win a couple of consecutive matches. We need the players to smile again. We need the strikers to score goals, we need the central defenders not to make mistakes and be punished for that.

"We need confidence. I think confidence is fundamental. In this moment everything goes against us and the players feel it."

Nemanja Matic had pulled a goal back for Chelsea, but it was of little consolation to Mourinho, who said he "did not know" if Chelsea could win the title given their poor start and the 11-point gap to leaders Manchester City.

And the Portuguese coach acknowledged that morale among the squad is now at a low point.

"Chelsea can win the next match against Arsenal for sure. To win the title, I don't know," Mourinho added.

"We depend on us to improve a lot the results, but we also depend on other clubs that are on top of us to lose matches, and this is something out of control.

"Confidence is low, and it is an unhappy team because of that result. A team with obviously some doubts, even without every lucky or unlucky incident in every match.

"For me, clearly, you can say what you want, but I think the players deserved a much better result than they got.

"They don't accept it. They fight, they play, they try but the reality at the moment is difficult for them. It is not easy to play football with confidence level low."

Everton manager Roberto Martinez praised the impact that early substitute Naismith showed as he became the first Toffees player to score a hat-trick against Chelsea since the legendary Dixie Dean in 1931.

"It would have been all too easy for Steven not to be ready and not to be happy to not be in starting XI," Martinez said.

"But he gave us a real example of the focus, concentration to come on and score the perfect hat-trick - a header, one on the right and one of the left - against the champions.

"For me it showed the real standard of this dressing room, it is strong squad but mentality is everything."

Martinez also singled out centre-back John Stones, who had been targeted by Chelsea before the transfer window closed, for the professionalism of his display.

"Clearly he showed why we couldn't replace a player like John Stones at that stage," Martinez added.

"I said it many times. I don't think the player deserved to be put in that position, but he has been heavily tested and it never affected the way he performed.

"He would never left Everton down. He always trained and performed well and today he showed he is going to be a future England captain."

Comments
Topics mentioned in this article
Chelsea Everton Steven Naismith Football
Get the latest updates on IPL 2021, IPL Points Table , IPL Schedule 2021 , live score . Like us on Facebook or follow us on Twitter for more sports updates. You can also download the NDTV Cricket app for Android or iOS.