I Knew I Had to Leave Barcelona: Xavi Hernandez 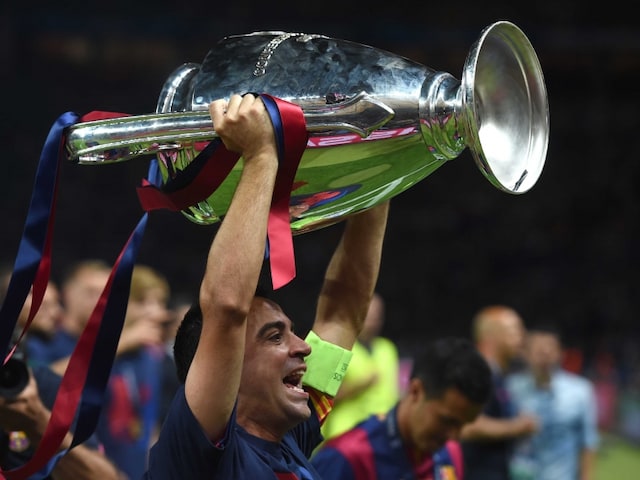 Midfield maestro Xavi Hernandez admitted on Friday he knew he had to leave Spanish football giants FC Barcelona but is glad to leave his beloved club after participating in a treble-trophy winning campaign.

The midfielder, who began his senior career at Barcelona after rising through the youth ranks was linked with a move away from the Catalan side ahead of the 2014-15 campaign, but chose to play for another season.

The move to Qatar brought an end to the 24-year-old association between Xavi and Barcelona which began in 1991 when he joined the youth team of the club.

"It was clear that I had to leave and I am very fit, but in two or three meetings, they convinced me to stay. I'm happy," the 35-year-old was quoted as saying by goal.com on Friday.

Xavi insisted he was glad that he could now leave the club after winning a treble and with fans who are content. Barcelona endured a trophyless 2013-14 campaign.

"Imagine leaving Barcelona last year, without this euphoria and without titles, here, when they don't win anything, they think that about 10 players should be sold, everyone is angry. Imagine making a farewell with angry people."

"Now people are euphoric. I'm happy I had stayed on for another year, that former sporting director Andoni Zubizarreta, coach Luis Enrique and president Josep Maria Bartomeu convinced me to stay."

Comments
Topics mentioned in this article
Barcelona Xavi Football
Get the latest updates on IPL 2020, check out the IPL Schedule for 2020 and Indian Premier League (IPL) Cricket live score . Like us on Facebook or follow us on Twitter for more sports updates. You can also download the NDTV Cricket app for Android or iOS.