Kenya will clash against hosts India in the final on June 10. 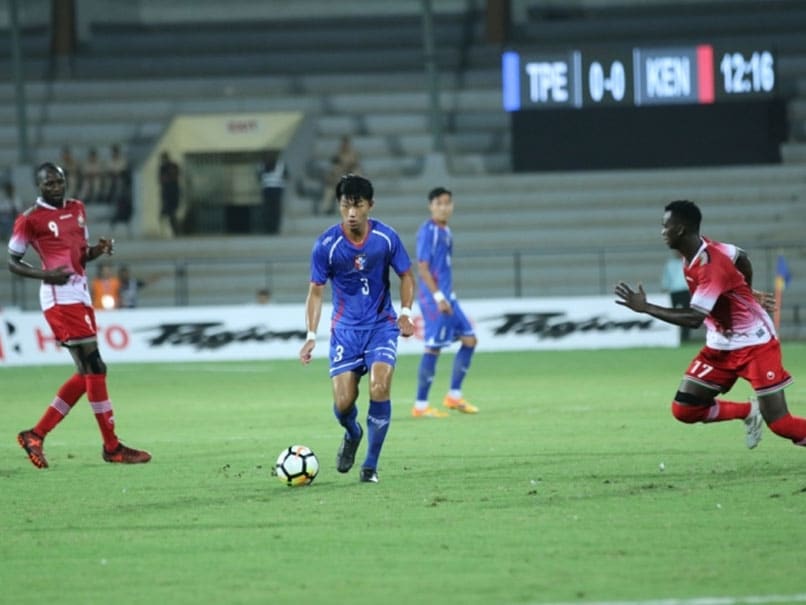 Kenya booked final berth in the Intercontinental Cup, after the Harambee Stars outclassed Chinese Taipei 4-0 at the Andheri Sports Complex in Mumbai on Friday. Kenya, thus set up the summit clash against India slated on June 10. A splendid second half performance by Kenyans led them to the win against a tough Chinese Taipei side that tested the dexterity of the Kenyan attacking pressure in the first half, but succumbed to the relentless attacks in the second half, conceding four goals.

Kenya tried to break the Chinese Taipei defence early on but the Asian side held them at bay with initiating counter attacks of their own. In the 20th minute, Kenya missed a chance from close range to ahead and six minutes later it was their opponents, Chinese Taipei that failed to get the most out of a defensive error.

Changing over, Kenya attacked with a rejuvenated will. And in the 52nd minute, Odhiambo Dennisbroke the deadlock when his rasping shot went inside the Chinese Taipei net after a tacky play around the box to make the scoreline read 1-0.

Two minutes later, Jockins Atudo doubled Kenya's lead from the penalty spot after the Harambee Stars were awarded the spot kick for a foul by Chinese Taipei.

Under five minutes, Kenya changed the complexion of the game and hunted for the third goal. In the 69thminute, Timothy Otieno broke free of the Chinese Taipei defence line and slotted home to make it 3-0 for Kenya.

India Football
Get the latest updates on IPL 2021, check out the IPL 2021 Schedule and Indian Premier League Live Score . Like us on Facebook or follow us on Twitter for more sports updates. You can also download the NDTV Cricket app for Android or iOS.