Henrikh Mkhitaryan Leaves Arsenal For AS Roma On Permanent Deal

Arsenal, on its site, said Monday evening it had agreed to terminate Henrikh Mkhitaryan's contract by "mutual consent to allow him to join AS Roma as part of a final transfer". 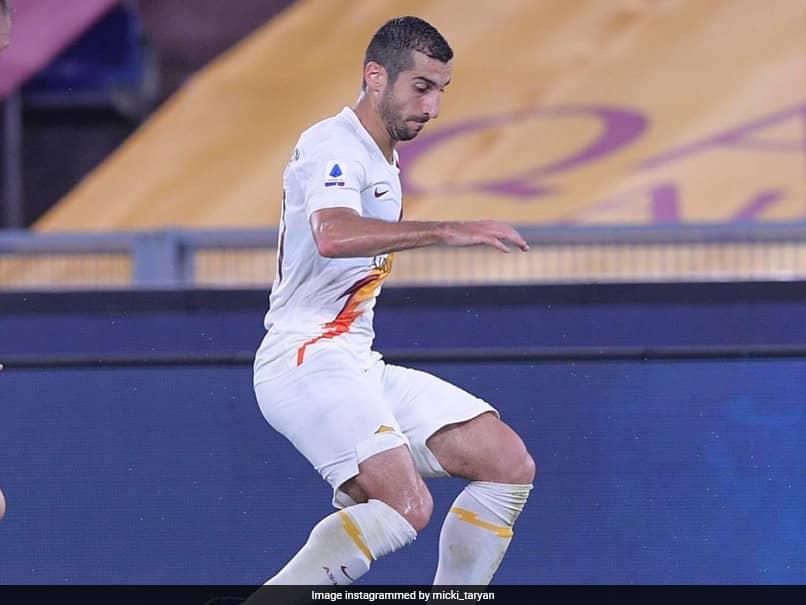 The duration of Henrikh Mkhitaryan's contract with AS Roma has not been specified.© Instagram

Arsenal midfielder Henrikh Mkhitaryan, who spent last season on loan at AS Roma, is to stay with the Italian capital after both clubs agreed a permanent move, he announced on social media. Arsenal, on its site, said Monday evening it had agreed to terminate Mkhitaryan's contract by "mutual consent to allow him to join Roma as part of a final transfer".

The duration of his contract with Roma has not been specified and no fee has been disclosed.

The 31-year-old Armenian, who scored nine goals and made six assists in his first season in Italy, said he was "delighted" with the move.

"I love the city of #Roma, I love this club and I count the fans in my heart. I will give all of my effort in helping us achieve our goals!" he tweeted.

Mkhitaryan joined the Gunners from Manchester United in January 2018, scoring nine goals and helping them to the 2019 Europa League final.

He has also played for Shakhtar Donetsk and Borussia Dortmund.

AS Roma, fifth last season, will play in the Europa League this season.

Roma Henrikh Mkhitaryan Football
Get the latest updates on India vs Australia Series, check out the India vs Australia Schedule for 2020-21 and Ind vs Aus live score . Like us on Facebook or follow us on Twitter for more sports updates. You can also download the NDTV Cricket app for Android or iOS.