Tottenham Hotspur asked England all-rounder Ben Stokes for feedback on their intra-squad cricket match. Stokes invited them for a net. 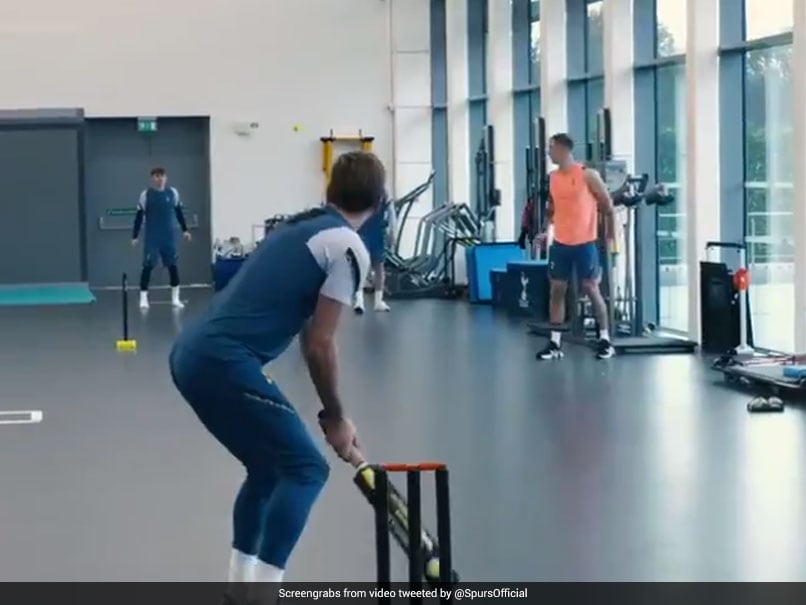 Inspired by Dele Alli's remarkable catch few days ago in an intra-squad cricket match, Premier League club Tottenham Hotspur went along with their intra-squad indoor games and asked fellow Englishman and cricket all-rounder Ben Stokes for his opinion on shots played by Harry Kane, the striker turned right-handed batsman. "Love this lads Fancy a net next summer?" was Stokes' response to the Spurs' question "What you reckon, @benstokes38?" that they posted on Twitter along with a video of Kane smacking a few, with his teammates trying to catch the ball.

Fancy a net next summer? https://t.co/ZOI59oDYhT

Alli's catch was a remarkable mixture of football and catching skills as he deflected a ball hit straight at him with his right foot before grabbing it off the rebound.

In another video posted on Twitter, Kane was bowled first ball before some of the other Spurs players tried their hands with a cricket bat, with one of them even giving some catching practice to first slip.

Stokes, arguably England's best all-rounder at the moment, is currently in South Africa to play in the limited-overs series starting November 27 with the first Twenty20 International in Cape Town.

The all-rounder was last seen on the field during the Indian Premier League (IPL) 2020 where he turned out for Rajasthan Royals.

Stokes returned 285 runs from eight matches at 40.71 and a strike rate of 142.50 with one century and one half-century. He also picked up two wickets.

However, his returns with the bat didn't help his team's fortunes as Rajasthan finished at the bottom of the table in the eight-team competition.

Ben Stokes Football
Get the latest updates on IPL Auction 2023 and check out  IPL 2023 and Live Cricket Score. Like us on Facebook or follow us on Twitter for more sports updates. You can also download the NDTV Cricket app for Android or iOS.