Gurpreet Singh Sandhu started for Norwegian Tippeligaen club Stabaek FC in an Europa League qualifier against Welsh side Connah's Quay Nomads FC, but he had to leave the field due to a hand injury 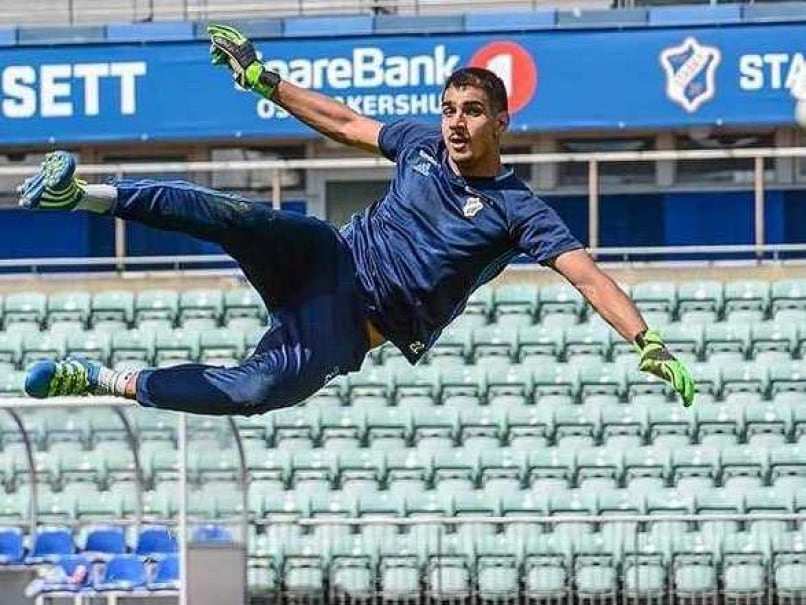 Gurpreet Singh Sandhu's ground-breaking journey through uncharted territory reached the most important milestone as he became the first Indian footballer to play in the top-flight Europa League.

Standing at a towering six feet and four inches, the Indian national team goalkeeper started for Norwegian Tippeligaen club Stabaek FC in an Europa League qualifier against Welsh side Connah's Quay Nomads FC in an away match in Rhyl, Wales on Thursday evening.

The Europa League is a rung below the UEFA Champions League. His night was, however, cut short by a hand injury that prompted a change after 28 minutes of play and brought into action Sayouba Mande, the team's first choice custodian till this match.

"I am proud but also disappointed that it had to end due to an injury. But then again they are part and parcel of the game and we can't do anything about them," the 24-year-old Gurpreet told PTI before leaving for Norway.

Sandhu, who has already started his recovery session in the gymnasium, is all but ruled out of the second leg.

He added: "I will have an x-ray taken in some time and we will see. But I am more or less ruled out of the second leg game. I am still looking forward to the future matches and there will be few play-offs."

While he has slowly walked his way into the starting XI at the expense of the more experienced custodian from Ivory Coast, Sandhu has been the number one goalkeeper in the Indian team since Stephen Constantine took over in 2015, with the English coach preferring him over veteran Subrata Paul.

Mohammed Salim, former captain Bhaichung Bhutia and current national skipper Sunil Chhetri have all played abroad, but they were never able to break into the first team.

Bengal footballer Salim played for Scottish top-tier side Celtic FC in 1936, but he did not feature in the premier division. Bhutia played for English third division side Bury FC in 1999-2000 and current national skipper Chhetri played for the 'B' team of Sporting Lisbon in 2012. Sandhu, who is from Mohali in Punjab, has gone one step ahead.

Comments
Topics mentioned in this article
Gurpreet Singh Sunil Chhetri Football
Get the latest updates on India vs Australia Series, check out the India vs Australia Schedule for 2020-21 and Ind vs Aus live score . Like us on Facebook or follow us on Twitter for more sports updates. You can also download the NDTV Cricket app for Android or iOS.