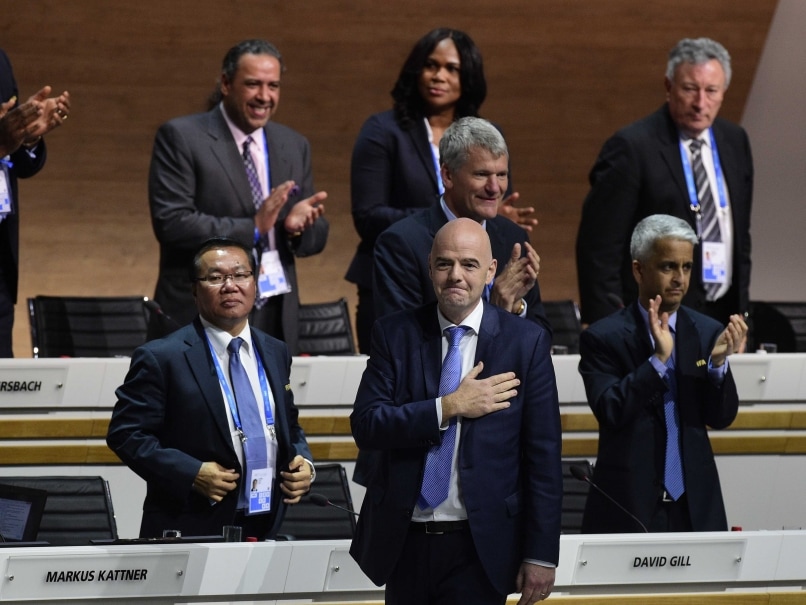 Palermo president Maurizio Zamparini feels the FIFA elections, which was won by Gianni Infantino was not transparent.© AFP
Milan:

Although Infantino has pledged to restore the battered image of FIFA, and despite his victory being widely applauded by key figures in the game, Zamparini cast doubt on whether the election process was fully transparent. (Gianni Infantino Wants FIFA Reforms to Turn Pain to Joy)

He claims doubts remain over the rise to power of the second-in-command at European football's ruling body UEFA.

"The system doesn't change and the new president of FIFA, the chief of bureaucrats, was part of it all before," Zamparini is quoted as saying in a video clip on www.mediagol.it. (Asia Can Help Gianni Infantino's New FIFA Era, Says Sheikh Salman)

"If he got elected, it's only because he bought more votes than the sheikh (Sheikh Salman bin Ebrahim Al Khalifa)."

Zamparini has built a reputation for speaking his mind since taking over the Sicily-based Serie A club in 2002, as well as firing coaches who fail to bring immediate success to the club.

He admitted his comments were likely to court controversy, but said he welcomed any future sanction.

"I hope they suspend me for saying that: for me it would be an honour."