Juventus announced that the experienced duo of Gianluigi Buffon and Giorgio Chiellini have extended their contracts by a year. 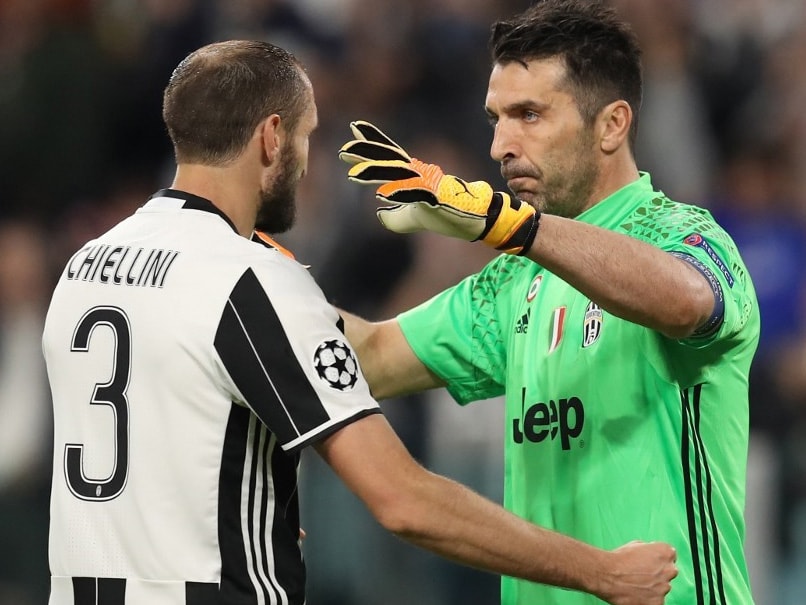 Gianluigi Buffon and Giorgio Chiellini have extended their Juventus contracts until 2021, the Serie A leaders announced on Monday. The new deals, long expected to be confirmed by Juve, mean that former Italy captain Buffon will stay with the Turin-based club beyond his 43rd birthday. "Bianconeri since the beginning. Bianconeri forever. And to confirm it, in case there is a need, today their contract renewals have become official, for another: 2021!," Juve said in a statement. Buffon returned to Juve last summer after a disappointing season at Paris Saint-Germain and is the club's all-time record Serie A appearance maker, turning out 479 times in the league since arriving in 2001.

With Juventus he has won the league nine times but his only European trophy came when he won the UEFA Cup with Parma in 1999.

He is Serie A's joint record appearance holder with Paolo Maldini, playing in Italy's top flight 647 times, and also holds the appearance record for his national team, with 176 caps between 1997-2018, winning the 2006 World Cup.

He has made 13 appearances in all competitions this season, with Wojciech Szczesny now Juve's first-choice keeper.

The 35-year-old Chiellini, who succeeded Buffon as Juve and Italy captain, joined the club in 2005 and has since become a stalwart in one of the Turin giants' most successful periods.

He has won eight league titles and four Italian Cups, although he has missed most of this season due to a cruciate ligament injury suffered in August.

Juventus Gianluigi Buffon Giorgio Chiellini Football
Get the latest updates on IPL Auction 2023 and check out  IPL 2023 and Live Cricket Score. Like us on Facebook or follow us on Twitter for more sports updates. You can also download the NDTV Cricket app for Android or iOS.