Mario Gomez, who made his debut for Germany in 2007, scored 31 goals in 78 international appearances. 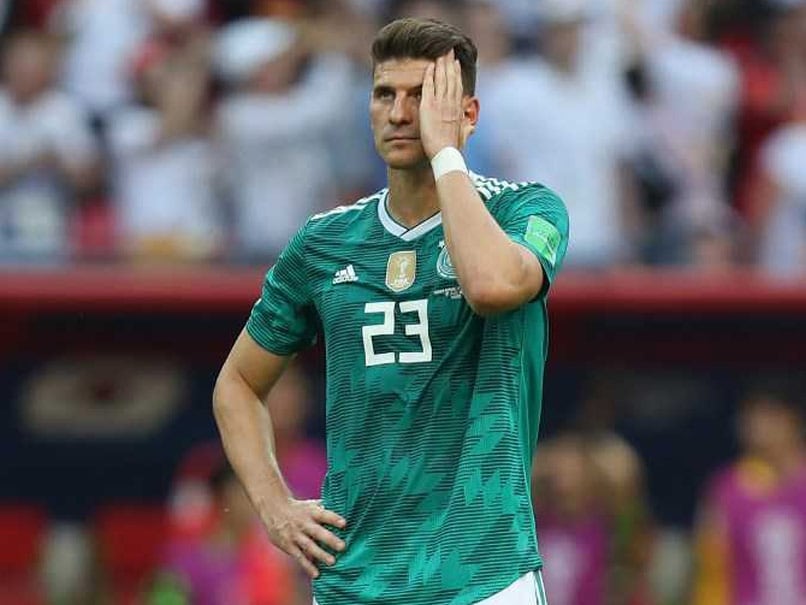 Veteran German striker Mario Gomez announced his retirement from international football on Sunday. "My time in the national team was sporty not always easy, not always successful and yet beautiful! I've met a lot of people with whom I will be very connected. Now it's time to make room and give the many young boys the opportunity to fulfill their dream, prove themselves, collect experiences and reach the best for Germany," Gomez wrote on Facebook.

"The quality has each of these players who will come now! I will always stay connected to the dfb team and am like all Germans, now big fan of this team," he added.

But he missed out on Germany's triumphant campaign at the 2014 World Cup, which he admitted, he still regrets.

"For me, a huge dream has come true with the World Cup in Russia. Even if the cut-off and the pathetic departure in the round-round, we all failed. My entire career, I was allowed to play for the German national team. But when I had to watch 2014 hurt, I finally realised how much the team was missing and what a great honour it is for me to run for such a team," he wrote.

"It's not a matter of course. I wanted to experience these moments, these emotions. As a team and for me. I gave it all. With the em 2016 and the 2018 World Cup, I was allowed to participate in two other big tournaments I feel the greatest gratitude for this, even if the expectations of the last tournament could not be met. You can't always go out of place as a winner," he added.

Germany Mario Gomez Football
Get the latest updates on T20 World Cup, check out the T20 World Cup Schedule and Live Score . Like us on Facebook or follow us on Twitter for more sports updates. You can also download the NDTV Cricket app for Android or iOS.