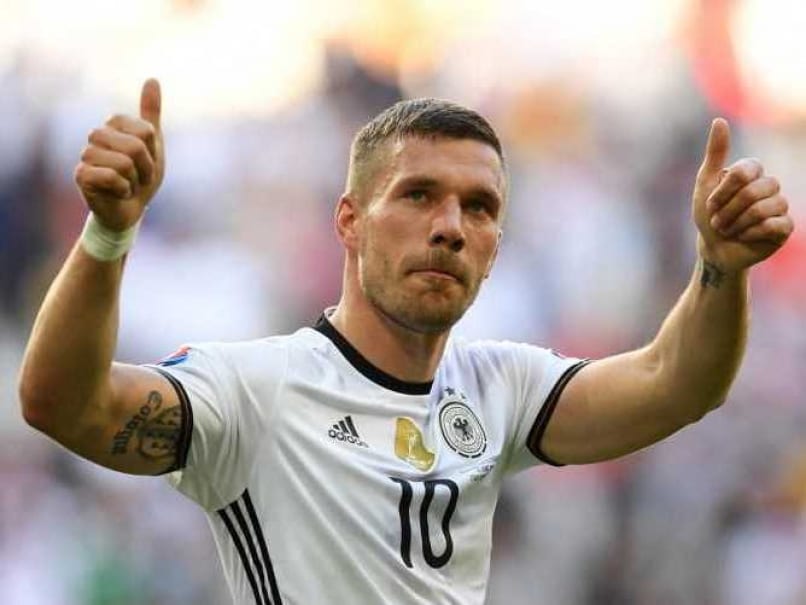 German striker Lukas Podolski announced on Monday his retirement from international duty for national football team after appearing 129 times for the world champions and scoring 48 goals.

The Galatasaray forward is the second German veteran to announce his retirement in the last two weeks after Manchester United midfielder Bastian Schweinsteiger also announced his retirement.

"I told the manager (Joachim Low) that from now on I won't be playing for the national side anymore" Podolski wrote on his Facebook page, saying it as a "very difficult decision".

Podolski made his debut for Germany in 2004 against Hungary when Rudi Voller was manager. In 2006 he was named the World Cup's best young player after scoring three goals.

In the 2010 World Cup in South Africa Podolski was one of Germany's key players scoring twice including against England.

However, in recent years the former Arsenal midfielder's role has been largely that of a substitute. Podolski was included in the Euro 2016 squad.

The veteran's last appearance for the national side was in Germany's Euro 2016 last 16 3-0 win over Slovakia.

Podolski's decision to retire could be due to the rise of new German talents Julian Draxler, Mario Gotze and Marco Reus pushing the Galatasaray striker on the fringes of the national squad.

Comments
Topics mentioned in this article
Germany Arsenal Galatasaray Lukas Podolski Football
Get the latest updates on India vs England Series, India vs England , live score and IPL 2021 Auction . Like us on Facebook or follow us on Twitter for more sports updates. You can also download the NDTV Cricket app for Android or iOS.