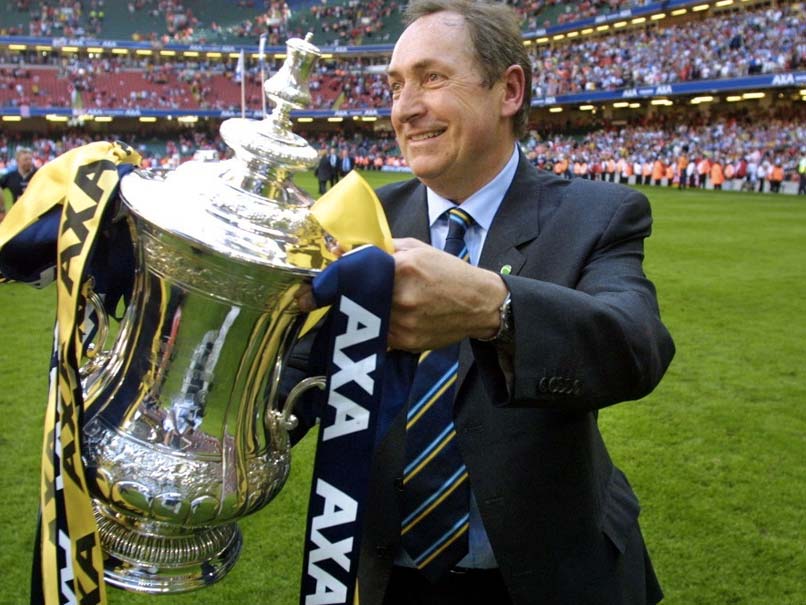 Gerard Houllier, the French coach who won the UEFA Cup, FA Cup and League Cup treble with Liverpool, has died aged 73. Houllier, who managed Liverpool from 1998 to 2004, died overnight Sunday to Monday after undergoing heart surgery. His career was blighted by health problems and he had to take a break in his time at Liverpool to recover from heart issues. Two of the French clubs Houllier managed, Paris Saint-Germain and Lens, confirmed his death on Monday. He was also in charge of the French national team from 1992 to 1993, overseeing their failure to qualify for the 1994 finals in the United States.

The cerebral Houllier played an important role in shaping Liverpool after the club that had won the league title consistently throughout the 1980s lost its way.

Although he was unable to lead the club to the Premier League title -- that would have to wait until this year under German coach Jurgen Klopp -- Houllier was loved by the Anfield club's supporters.

"We are mourning the passing of our treble-winning manager, Gerard Houllier," Liverpool tweeted.

"The thoughts of everyone at Liverpool Football Club are with Gerard's family and many friends. Rest in peace, Gerard Houllier 1947-2020."

Houllier recovered from life-saving heart surgery during the 2001/02 campaign to return to the dugout.

He guided Liverpool to a second League Cup triumph of his tenure in 2003 but left the following year after overseeing 307 matches and successfully re-establishing the club as a modern force.

Houllier also launched the career of one of the club's greatest players, Steven Gerrard.

Former Liverpool and England forward Michael Owen, who played under the Frenchman, described him as a "genuinely caring man", while ex-striker Ian Rush called him a "true gentleman".

Former Liverpool defender Jamie Carragher tweeted: "Absolutely devastated by the news about Gerard Houllier, I was in touch with him only last month to arrange him coming to Liverpool. Loved that man to bits, he changed me as a person & as a player & got @LFC back winning trophies. RIP Boss. "

Houllier became joint team manager with Roy Evans at Anfield in 1998 but their relationship soon became strained and long-term club servant Evans resigned later that year to leave the Frenchman in sole charge.

In October 2001, Houllier fell ill at half-time during Liverpool's match against Leeds and was diagnosed with an aortic dissection, which required emergency surgery and led to a five-month spell out of the dugout.

He suffered further health problems during a later management spell with Aston Villa. He was admitted to hospital in April 2011 after falling ill, and did not return work before stepping down by mutual consent in June that year.

During his career Houllier won the Ligue 1 title with Paris Saint-Germain in 1986, later winning it twice more with Lyon.

The Villa job proved to be his final role in day-to-day management.

More recently, he worked as the head of global football for the Red Bull group, which owns RB Leipzig, RB Salzburg and the New York Red Bulls, as well as advising Lyon.

Paris SG Football
Get the latest updates on ICC T20 Worldcup 2022 and CWG 2022 check out the Schedule, Live Score and Medals Tally. Like us on Facebook or follow us on Twitter for more sports updates. You can also download the NDTV Cricket app for Android or iOS.