Real Madrid were thrashed 4-0 at home by eternal rivals Barcelona in November and thrown out of the Spanish Cup for fielding an ineligible player. 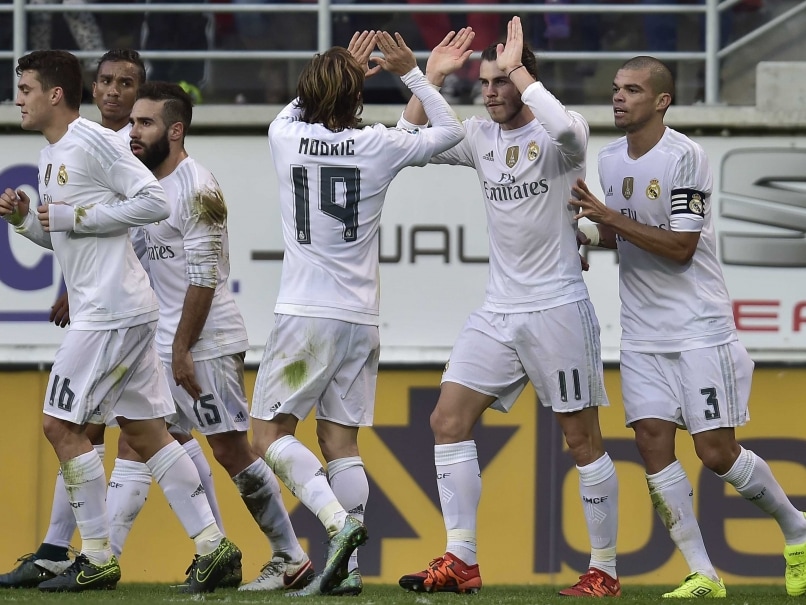 Gareth Bale has urged Real Madrid to maintain their recovery from the shock of the club's problems on and off the field when they host Malmo in their final Champions League group game on Tuesday.

Madrid were thrashed 4-0 at home by eternal rivals Barcelona last month and thrown out of the Spanish Cup last week for fielding an ineligible player.

However, Rafael Benitez's men have at least strung together four consecutive victories since their humiliation against Barca with Bale also getting back on the scoresheet in La Liga wins over Eibar and Getafe.

Saturday's 4-1 win over Getafe saw Bale, Karim Benzema and Cristiano Ronaldo all score in the same game for the first time this season.

And Bale denied there is any problem between Madrid's star-studded squad and Benitez.

"The relationship with Benitez is good," said the Welshman.

"We showed (against Getafe) we are in good form. It is important that the team are united, that we win every game and try to get better every day."

Benitez was quick to highlight the importance of having Bale, Benzema and Ronaldo on the field together as they started in the league for just the fourth time this season at the weekend.

However, with a tough visit to Villarreal to come on Sunday and Madrid having already sealed their place in the last 16 as group winners, Benitez is likely to rest a number of his star names.

Isco is expected to return after serving a two-game La Liga ban, whilst Benitez may hand minutes to a number of youngsters who will miss out on their chance in the first team if Real's appeal against their expulsion from the Copa del Rey fails.

Malmo may already be eliminated from the Champions League, but they still have Europa League football to play for in 2016.

The Swedish champions need to better Shakhtar Donetsk's result away to Paris Saint-Germain to seal third place in the group.

Veteran Norwegian coach Age Hareide will be taking charge of Malmo for the last time in the Champions League after announcing his decision to step down at the end of the year.

And he has taken his side on a warm-weather training camp in Malaga to prepare for the trip to the Bernabeu after their domestic season finished at the end of October.

"The guys need this. Warmth, good plans and a different environment can only make it good for us when we are directing the focus towards Madrid match," Hareide told the club's website.

Comments
Topics mentioned in this article
Real Madrid Malmo Gareth Bale Football
Get the latest updates on IND vs NZ 2021, check out the Schedule and Live Score . Like us on Facebook or follow us on Twitter for more sports updates. You can also download the NDTV Cricket app for Android or iOS.