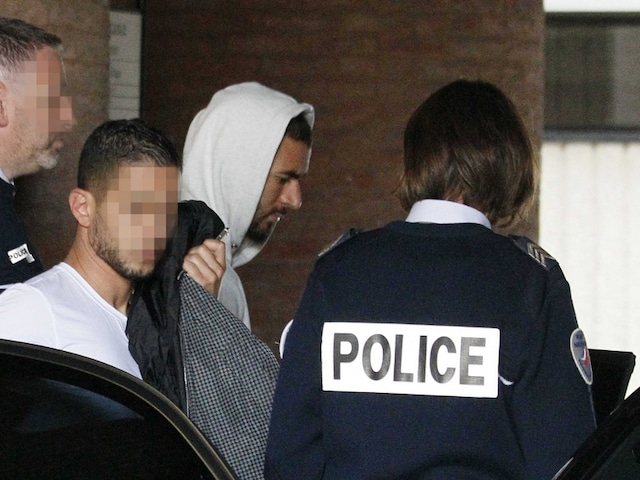 Karim Benzema (third from left) was charged with complicity to blackmail and conspiring to commit a criminal act by a court in Versailles early November.© AFP

The French Football Federation (FFF) has suspended Real Madrid forward Karim Benzema, who is one of the accused in the blackmail of his national side teammate Mathieu Valbuena, the French press revealed on Friday. (Karim Benzema Pleads 'Misunderstanding' in Sextape Blackmail Case)

President of the FFF Noel Le Graet will announce the decision next Thursday at a press conference following the meeting of the executive committee of the organisation, indicated L'Equipe and Le Parisien, according to Efe.

The latter pointed out that it will be a provisional suspension until investigations clarify the level of Benzema's involvement in the Valbuena sex tape blackmail plot. (French Footballer Mathieu Valbuena Raps Karim Benzema Over Sex-Tape Blackmail)

That decision makes it impossible for coach Didier Deschamps to call both players at the same time and complicates Benzema's situation.