Chelsea are already making up for lost time in the transfer market with Timo Werner and Hakim Ziyech signed for next season. 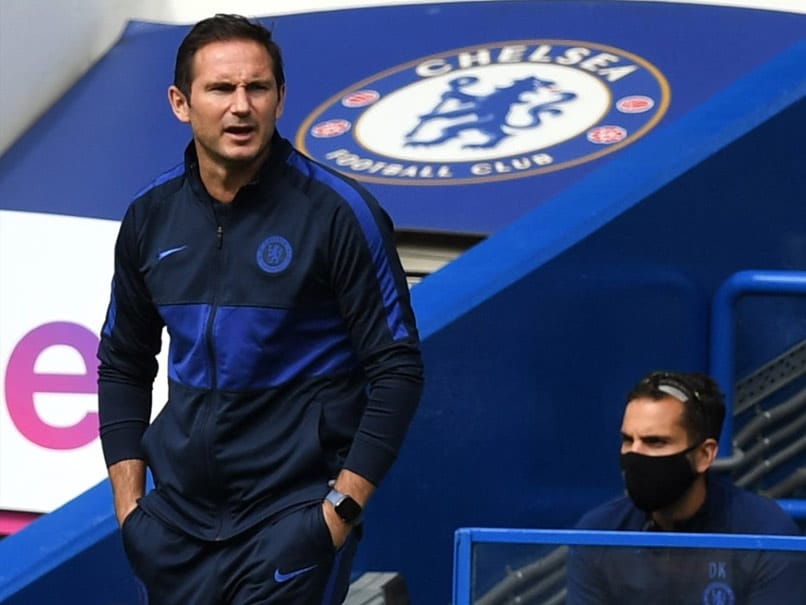 Frank Lampard has guided Chelsea back into the Champions League next season.© AFP

Frank Lampard believes Chelsea should be aiming to fight for league titles every year, but winning the FA Cup on Saturday could be a building block towards a title challenge next season. In his first season in charge at Stamford Bridge, Lampard has guided Chelsea back into the Champions League next season despite the loss of Eden Hazard to Real Madrid and a transfer ban to contend with.

Chelsea are already making up for lost time in the transfer market with Timo Werner and Hakim Ziyech signed for next season.

But Lampard insists victory over Arsenal at Wembley will only lead to greater things if it is accompanied by the same dedication to improve as his squad have shown this season.

"It's a nice boost but it will only mean anything going forward if we take it in our pocket, move forward and improve as a club and on the training pitch," Lampard said on Friday.

"A top club will compete for cups and league titles every year. We did it for a long time.

"In the last few years we haven't been able to fight for that league title so it doesn't mean all of sudden we are back and in that picture, but it will be a nice, small step when you consider where we want to get to next year."

Lampard is able to welcome N'Golo Kante back from a hamstring injury that kept the French midfielder out for the last six games.

Willian is also fit again for what could be his final game for the club.

The Brazilian's contract expires at the end of the season, but Lampard has no doubts over using him at Wembley despite rumours he could be on his way to Arsenal next season.

Willian played a key role in getting Chelsea into the Premier League's top four with four goals since the season restarted in June.

"I've known Willian for many years now as a player and now as his coach," added Lampard of his former teammate.

"If anyone wants to see the mentality of him, it's been shown since restart.

"So I would expect nothing less than he's shown already, and that's Willian for you."

Arsenal Frank Lampard Football
Get the latest updates on India vs Australia and check out  Schedule, Results and Live Score. Like us on Facebook or follow us on Twitter for more sports updates. You can also download the NDTV Cricket app for Android or iOS.