In 2011, Diego Forlan helped Uruguay win the Copa America, a competition both his father and grandfather won. 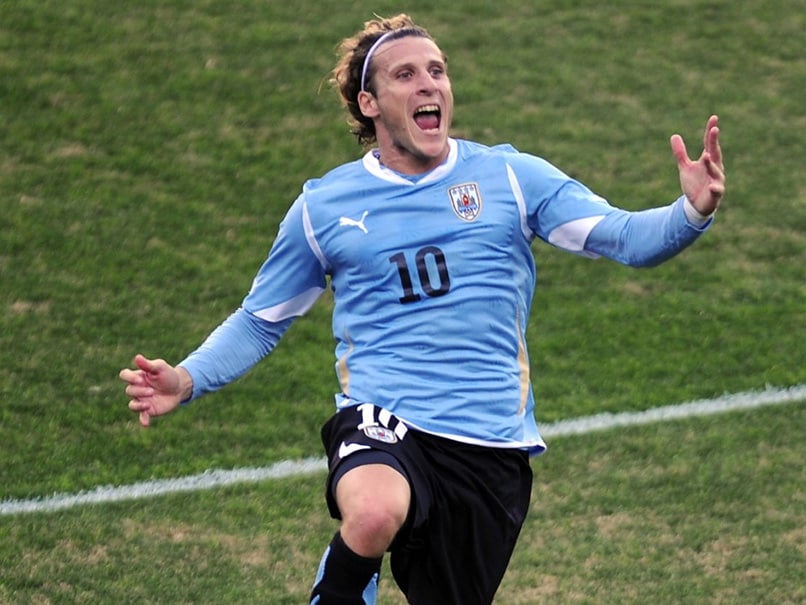 Diego Forlan was named the best player at the 2010 World Cup.© AFP

Former Uruguay captain and English Premier League winner with Manchester United, Diego Forlan has announced his official retirement at the age of 40. Forlan had been without a team since a brief spell last year with Kitchee Sports in Hong Kong. "I've decided to stop playing professional football," said Forlan in quotes made to local television station Teledoce, and picked up in daily newspaper El Observador on Tuesday. "Recently I had an offer to play, but I was looking for excuses. I was being more selective and it was difficult," he added.

In 2011, the striker helped Uruguay win the Copa America, a competition both his father and grandfather won.

He was also named the best player at the 2010 World Cup in South Africa where Uruguay finished fourth.

He began his senior career with Argentina's Independiente before a big-money move to Manchester United, where he won the English title in 2003 and the FA Cup a year later.

But Forlan never managed to hold down a regular starting berth at Old Trafford and enjoyed his best spell in Spain, first with Villarreal and then Atletico Madrid, where he won the Europa League in 2010.

After a year at Inter Milan in Italy he went on to play in Brazil, Japan, India and back home with local giants Penarol.

He scored 36 goals in 112 matches for his country.

Manchester United Diego Forlán Football
Get the latest updates on ICC T20 Worldcup 2022 and CWG 2022 check out the Schedule, Live Score and Medals Tally. Like us on Facebook or follow us on Twitter for more sports updates. You can also download the NDTV Cricket app for Android or iOS.