Junior Messias completed his incredible rise from delivery man to the Champions League on Tuesday when he signed for AC Milan in a dream move. 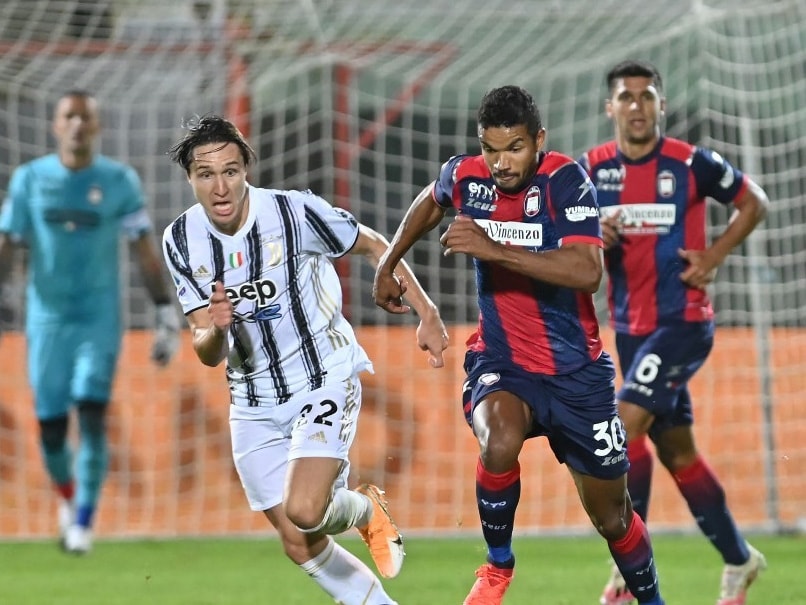 Junior Messias joined AC Milan on loan from Crotone, who were relegated from Serie A last season.© AFP

Junior Messias completed his incredible rise from delivery man to the Champions League on Tuesday when he signed for AC Milan in a dream move for the former amateur footballer. Milan are yet to announce the transfer but Messias' move from Crotone, who were relegated from Serie A last season, has been published on the list of official sales on the Serie A website as a temporary deal. Brazilian Messias has signed for Milan on a season-long loan from Crotone with an option to buy for a reported five million euros.

The move means the 29-year-old will have the chance to play at the highest levels of club football after beginning his career in Italy in the amateur game a decade ago.

Messias arrived in Italy in 2011 and slowly rose through the lower reaches of Italian football -- at one point transporting fridges for a living -- before being picked up by Crotone in January 2019.

He helped the southern club up to Serie A and last season scored nine times in 36 league appearances for a team which went straight back down after a year in the top flight.

This term he will have the opportunity to run out at the San Siro for one of the world's most storied clubs and face fellow European greats Liverpool in the Champions League.