Paul Gascoigne was arrested on a train between York and Newcastle in August. 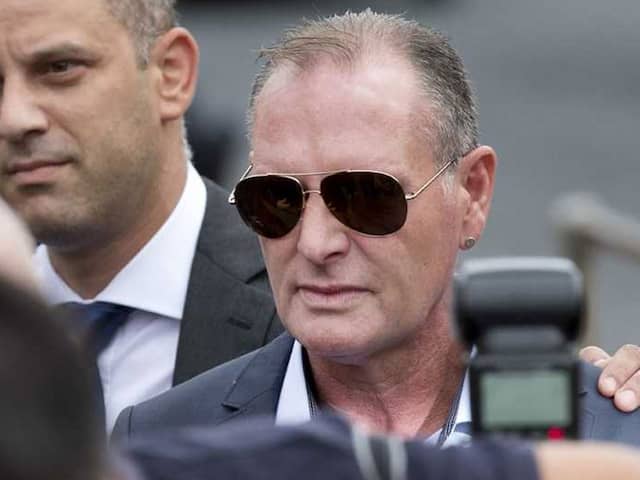 Paul Gascoigne allegedly kissed a woman without consent on a train.© AFP

Former England footballer Paul Gascoigne will stand trial for sexual assault in October after allegedly kissing a woman without consent on a train, a judge ruled on Tuesday. The 51-year-old ex-Tottenham Hotspur and Lazio player was arrested on a train between York and Newcastle in August. He appeared at Teesside Crown Court in Middlesbrough in northeast England on Tuesday to formally enter a not guilty plea, the Press Association news agency reported. His lawyer Michelle Heeley told the court that a number of character witnesses will give evidence "about his propensity to kiss people in a non-sexual manner".

Gascoigne, who has struggled with alcoholism since he retired from top-flight football, wore a blue suit and an open-neck shirt and spoke out during the hearing.

When told he would have to turn up for the trial, Gascoigne said: "I cannot wait. I have done nothing wrong".

The trial on one charge of "sexual assault by touching" is set to be held on October 14.

Gascoigne -- known as "Gazza" -- made his name with Newcastle before going on to play for Tottenham, Italian giants Lazio and several other teams including Rangers.

The midfielder, widely regarded as one of the most talented players of his generation, was also a key member of the England side that reached the semi-finals of the 1990 World Cup in Italy. He won 57 caps in total.

Gascoigne was one of the first big-name footballers to arrive in China when he made the shock decision to be a player-coach of second division Gansu Tianma in 2003 but he lasted just a handful of games.

In an interview published on Tottenham's website last year he said: "Sometimes when I look back and people say to me 'do you regret anything in your career?'

"Perhaps I left Spurs too early. I loved it there. The players, the staff, everyone was class and the team spirit was phenomenal, absolute class. We had a great team."