A spokesman for the former player also confirmed his departure in an email message. 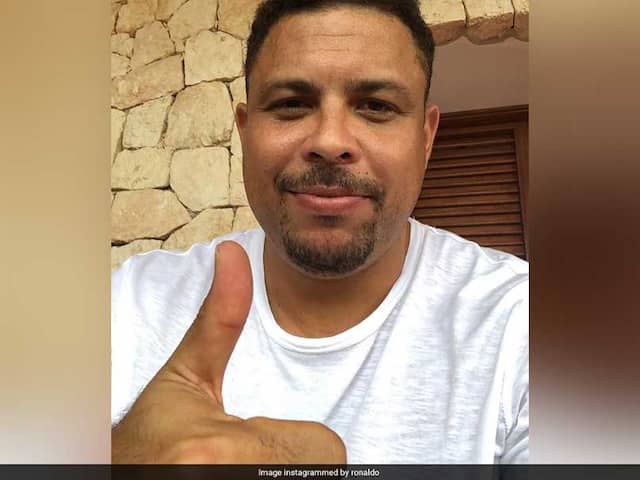 Retired Brazilian striker Ronaldo left a clinic in Ibiza on Tuesday following a four-night stay for treatment for a flu infection. "Hello everyone! I'm already home after a few days at the clinic. Thank u for your love and comments, and many thanks to the team of doctors and nurses," he tweeted alongside a picture of himself smiling and giving the thumbs up sign. "It's going to be an amazing season with tons of great football and surprises," he added. Earlier on Tuesday a spokeswoman for the clinic in the centre of Ibiza said the player had left the building though a side exit to bypass the waiting press.

A spokesman for the former player also confirmed his departure in an email message.

Ronaldo said Sunday he was being treated for a severe bout of flu after being taken to hospital Friday.

Local newspaper Diario de Ibiza said the former Real Madrid star had been treated in intensive care for pneumonia at the city's public hospital before being transferred to the clinic.

The 41-year-old, who was named FIFA's world player of the year three times prior to his retirement from football in 2011, is a regular visitor to Ibiza, where he owns a house.

He won his first cap for Brazil as a 17-year-old and went on to score 62 goals in 97 international appearances, including both goals when Brazil beat Germany 2-0 in the 2002 World Cup final.

Ronaldo is interested in buying Spanish first division side Valladolid, according to media reports in Brazil in May.

Brazil Ronaldo Football
Get the latest Cricket news, check out the India cricket schedule, Cricket live score . Like us on Facebook or follow us on Twitter for more sports updates. You can also download the NDTV Cricket app for Android or iOS.