Six players for champions Shakhtar Donetsk and an Argentine with Metalist Kharkiv are too worried for their safety, the reports said. 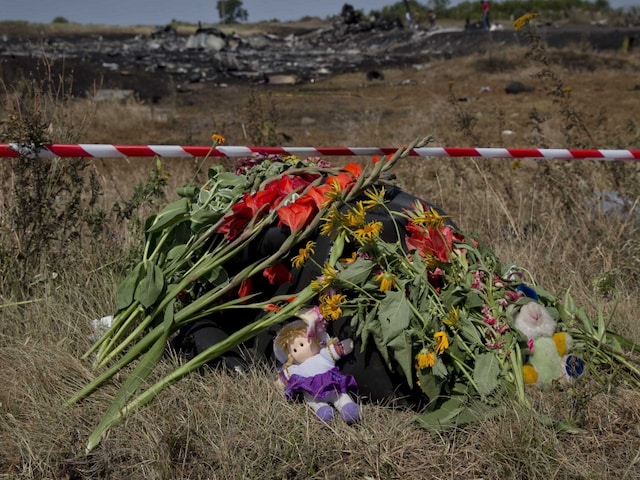 Toys and flowers placed at the crash site near Hrabove© AP
Kiev:

At least seven foreign players for two top Ukrainian football teams have refused to return to the country as tensions mount after the Malaysia Airlines crash, media reported Sunday.

Six players for champions Shakhtar Donetsk and an Argentine with Metalist Kharkiv are too worried for their safety, the reports said.

The six Donetsk players refused to fly back to Ukraine after their side were beaten 4-1 by Lyon in a friendly Saturday in the French town of Annecy, ITAR-TASS news agency said.

"I don't want to give any comments for the moment," Shakhtar general manager Sergei Palkin was quoted as saying by Tribuna information site.

"After the Malaysian plane's crash I have no intention to return to Ukraine," the 26-year-old footballer was quoted as saying.

"The situation there is currently abnormal. I decided to stay in Buenos Aires."

Ukrainian Football Federation (FFU) is maintaining the start of the national championship for July 25 despite the troubles in the east of the country heightened by the apparent shooting down of the Malaysian Airlines jet on Thursday.

"The entire country mourns over the tragedy that happened. It's terrible," an FFU spokesman Pavel Ternovoi said. "But it will not influence the national championship kick off. We insist that football should stay out of politics."

Comments
Topics mentioned in this article
Football Shakhtar Donetsk Metalist Kharkiv
Get the latest Cricket news, check out the India cricket schedule, Cricket live score . Like us on Facebook or follow us on Twitter for more sports updates. You can also download the NDTV Cricket app for Android or iOS.