Mexico has been repeatedly sanctioned over the years for fans shouting a homophobic slur at goalkeepers. 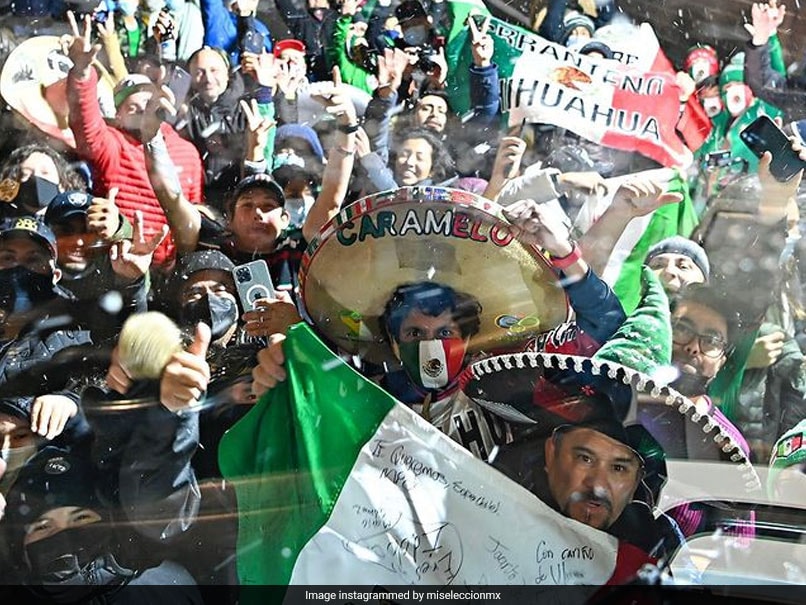 Mexican fans could be banned for using homophobic slurs.© Instagram

Mexican football fans face being banned from stadiums for five years under new rules aimed at stamping out an anti-gay slur frequently heard at venues across the country, the Mexican Football Federation (FMF) announced. In a statement issued on Monday, Mexican football's governing body reiterated its zero tolerance approach to "offensive or discriminatory" language inside the country's football stadiums. Mexico has been repeatedly sanctioned over the years for fans shouting a homophobic slur at goalkeepers. Last year, world governing body FIFA issued a fine and ordered Mexico to play two home games behind closed doors after the chant was heard in games against the Dominican Republic and the United States.

The chant in question - "puto" - means male prostitute but in Mexican Spanish it roughly translates as "faggot," and is widely used to insult someone's masculinity.

Mexican fans routinely use the word as goalkeepers run-up to take a goal-kick. FIFA has fined Mexico's federation around 15 times since 2015.

Anyone caught using the slur would be banned from attending football games in Mexico for five years.

"With these measures, added to the previous efforts, which we will continue to carry out, we seek to end discriminatory acts, to stop affecting our national team and to punish the responsible people and not the majority of our fans," de Luisa said.

"We cannot tolerate discriminatory acts, we cannot play in empty stadiums, we cannot put the soccer authorities at risk of taking away points or affecting our sports performance," he added.

Mexico Football
Get the latest updates on ICC Women's Cricket World Cup 2022 and IPL 2022, check out the Schedule , Live Score and IPL Points Table. Like us on Facebook or follow us on Twitter for more sports updates. You can also download the NDTV Cricket app for Android or iOS.